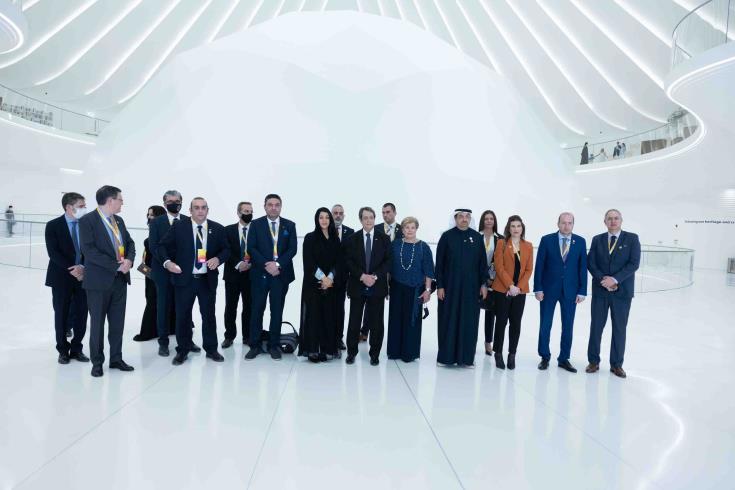 Cyprus President, Nicos Anastasiades, who is visiting Dubai heading a large delegation of Ministers and other officials, will visit on Thursday EXPO 2020, where a Cyprus pavilion operates, and will participate in an event for Cyprus` National Day, which he will address.

A Cyprus business forum will also take place on the same day, during which the President will deliver a speech. The forum is entitled “Cyprus: A gateway to the EU”. Ministers and other officials from Cyprus will speak about the Cyprus economy, will present Cyprus as a financial center and a gateway to the EU as well as opportunities for investments in Cyprus, while they will also discuss about digitalization and innovation. A discussion with foreign investors will also take place.

Slight drop in temperature today
UAE: Petrol, diesel prices for July 2022 announced
UAE petrol prices rise in July: Here’s how much it will cost to get a full tank
UAE leaders condole with Iranian president over quake victims