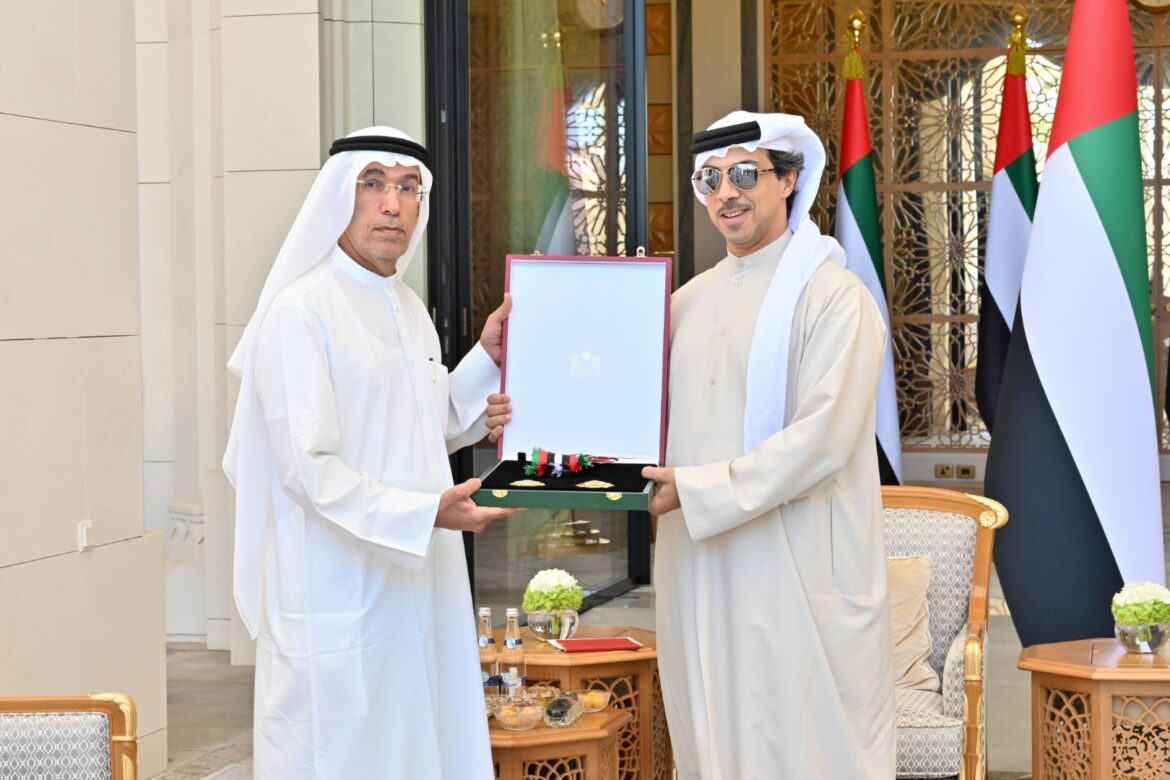 During the ceremony held today in Qasr Al Watan, Sheikh Mansour presented the medal to Al Suwaidi and lauded his significant overall efforts throughout his professional journey.

“We are proud of ambitious national figures who can help achieve distinguished successes and make key contributions to our country,” Sheikh Mansour said, noting that the journey of giving of Emirati citizens is ongoing.

The rooted approach of the UAE and its wise leadership consists of honouring Emirati citizens and appreciating their overall giving and achievements in various fields, he added.

Al Suwaidi thanked President His Highness Sheikh Khalifa, expressing his gratitude for the generous gesture of the country’s leadership.

He also thanked Sheikh Mansour for his continuous support and monitoring to ensure an innovative and friendly working environment and continue the country’s distinguished and qualitative achievements.

Al Suwaidi is currently the Managing Director of the Abu Dhabi Investment Council and a member of the Board of Directors of the Emirates Investment Authority.

He has served on the Boards of Directors of the Abu Dhabi National Oil Company (ADNOC), the International Petroleum Investment Company (IPIC), the Abu Dhabi Fund for Development, the Emirates Integrated Telecommunications Company (du), and the Arab Banking Corporation.

He holds a bachelor’s degree in Economics from Northeastern University in Boston, US.