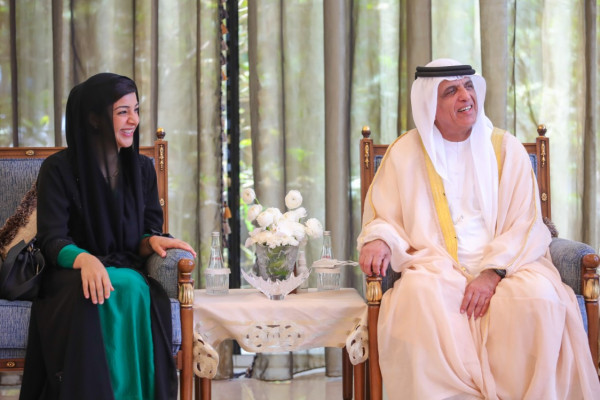 RAS AL KHAIMAH, 10th March, 2022 (WAM) — H.H. Sheikh Saud bin Saqr Al Qasimi, Supreme Council Member and Ruler of Ras Al Khaimah, said the UAE has successfully gained the trust of the world by organising the largest international event, Expo 2020 Dubai, noting that it will continue to be a centre for hosting events that promote dialogue and convergence between the world’s communities.

Sheikh Saud made this statement today in his palace in Saqr bin Mohammed City while receiving Reem bint Ibrahim Al Hashemy, Minister of State for International Cooperation and Director-General of Expo 2020 Dubai, and several commissioners-general of the pavilions of countries participating in the event.

During the meeting, Sheikh Saud was briefed by Al Hashemy and her delegation about the progress and achievements of Expo 2020 Dubai. He then congratulated them on the success of the event.