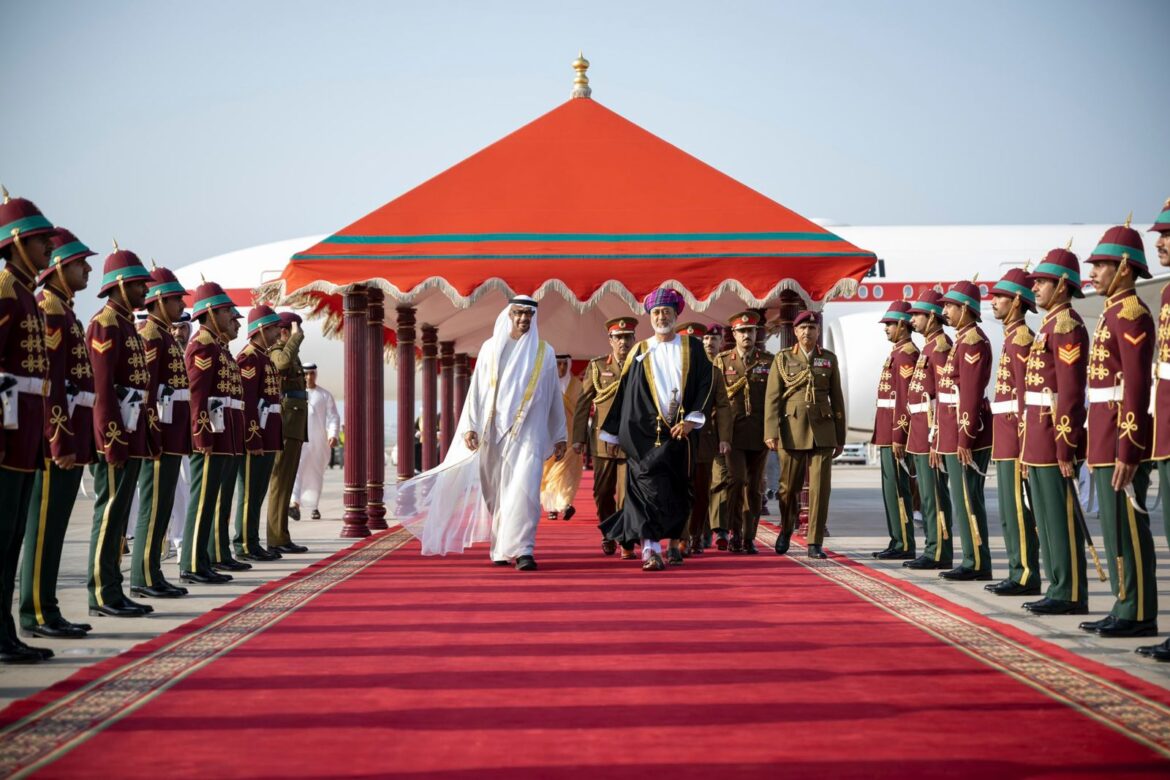 MUSCAT: His Highness Sheikh Mohamed Bin Zayed arrived in Oman on Tuesday as part of his two-day state visit.

An official welcoming ceremony was held at Al Alam Palace in Muscat where more than 600 citizens welcomed Sheikh Mohamed in “Omani style”.

8th World Green Economy Summit starts Wednesday with the participation of prominent climate action leaders, officials and experts from around…