Saud Al Qasimi: Root-knit relations between the UAE and Kuwait 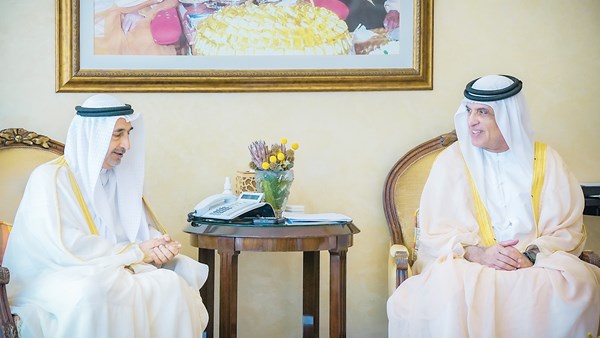 His Highness Sheikh Saud bin Saqr Al Qasimi, a member of the Supreme Council and ruler of Ras Al Khaimah, received yesterday at his palace in Saqr bin Muhammad City Salah Muhammad Al-Baijan, the ambassador of the sister state of Kuwait to the country, who came to greet on His Highness on the occasion of the completion of his office. His Highness Ras Al Khaimah’s ruler wished the ambassador good luck with his future duties, praising his efforts to strengthen the entrenched historical ties that connect the UAE and the sister state of Kuwait at all levels, and stressed the depth of the deeply entrenched fraternal ties. between the two brother countries and peoples. For his part, Salah Muhammad Al-Baijan praised the strength of the relations between the two brother countries at different levels and expressed his gratitude and appreciation for the cooperation he received during his tenure as his country’s ambassador to the country.