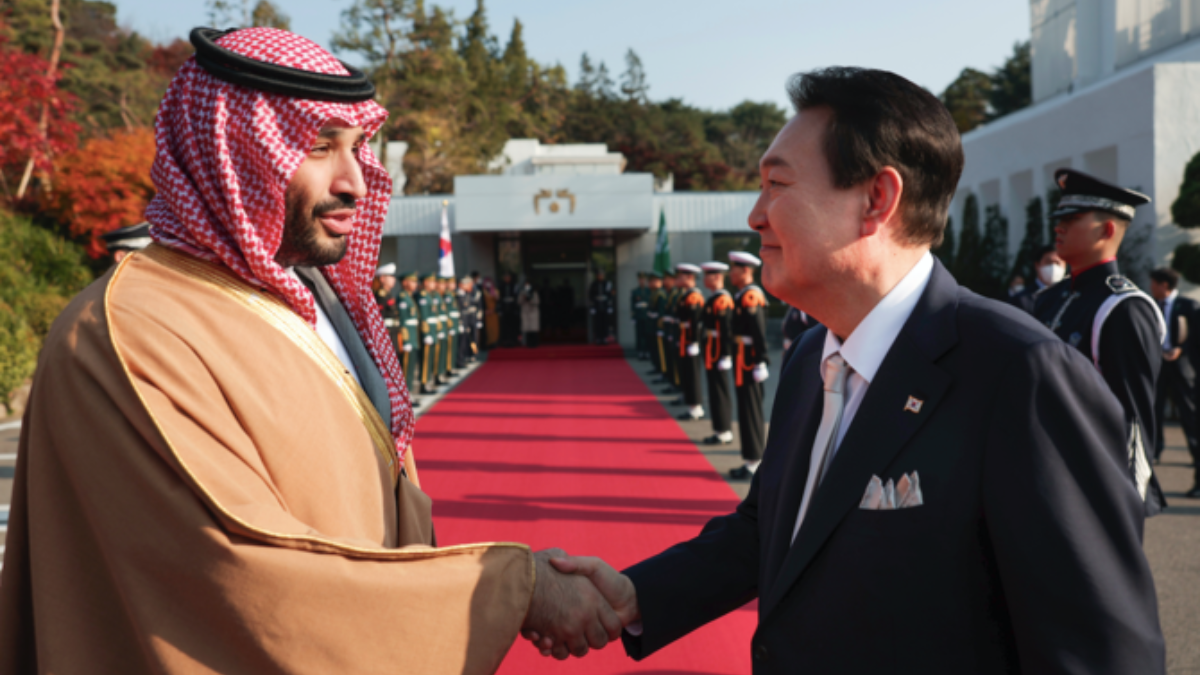 Metadata: The UAE has been at the forefront of strategic cooperation in recent years. This article details its most recent move to establish commercial relations with South Korea through multi-billion dollar investment deals.

Saudi Arabia has signed investment deals worth about $30 billion with South Korean companies. The announcement was made by Saudi Arabia’s Minister of Investment, Khalid Al-Falih. Under the numerous deals signed with South Korea, companies like Samsung C&T Corp and POSCO Holdings signed about twenty investment deals with Saudi Arabia. These deals revolved around transportation, energy cooperation, chemicals, and even gaming.

There are equally reports that the Saudi Venture Capital Company had agreed to create seven specialized funds per the agreements. In one of the agreements, the Korea Electric Power Corporation and other companies signed an MoU with the Saudi Arabian Public Investment Fund (PIF). The primary objective of the memorandum is to establish a hydrogen plant in Saudi Arabia. There are estimates that the project will be worth about $6.5 billion. The hydrogen plant is also expected to produce over 1 million tons of green hydrogen and ammonia. This is in line with the renewable energy drive of both countries. Additionally, the project will be built over four years with an operation timeline of twenty years.

Another important deal made over the past month is the MoU between Hyundai Rotem Co and Saudi Arabia. The MoU marks cooperation between both parties on establishing a railway project for Saudi Arabia’s NEOM city project. While the parties did not disclose the exact value of the project, the South Korean trade minister, Lee Chang-Yang, stated the South Korean government is ready to support all cooperative projects directed at bringing Saudi Arabia’s NEOM to life.

Lotta Fine Chemical, one of South Korea’s largest chemical producers, also signed an agreement with Saudi Arabia’s Ministry of Investment. Since the Saudi-Hyundai MoU announcement, the company’s shares have risen by about 8.5 percent.

On the other hand, South Korea also expressed its commitment to expanding cooperation between both countries. The South Korean president also stated that the country was keen to support Saudi Arabia in achieving its Vision 2030 goal and actualizing its NEOM city.

Saudi Arabia has continued to establish and strengthen ties with countries across the globe. These diplomatic ties are undoubtedly essential for Saudi Arabia’s drive for economic growth. Moreso, the partnership on energy security and green hydrogen supply can also help increase Saudi Arabia’s green footprint. Overall, the investment deals signed by Saudi Arabia and South Korea will likely benefit private and public businesses.