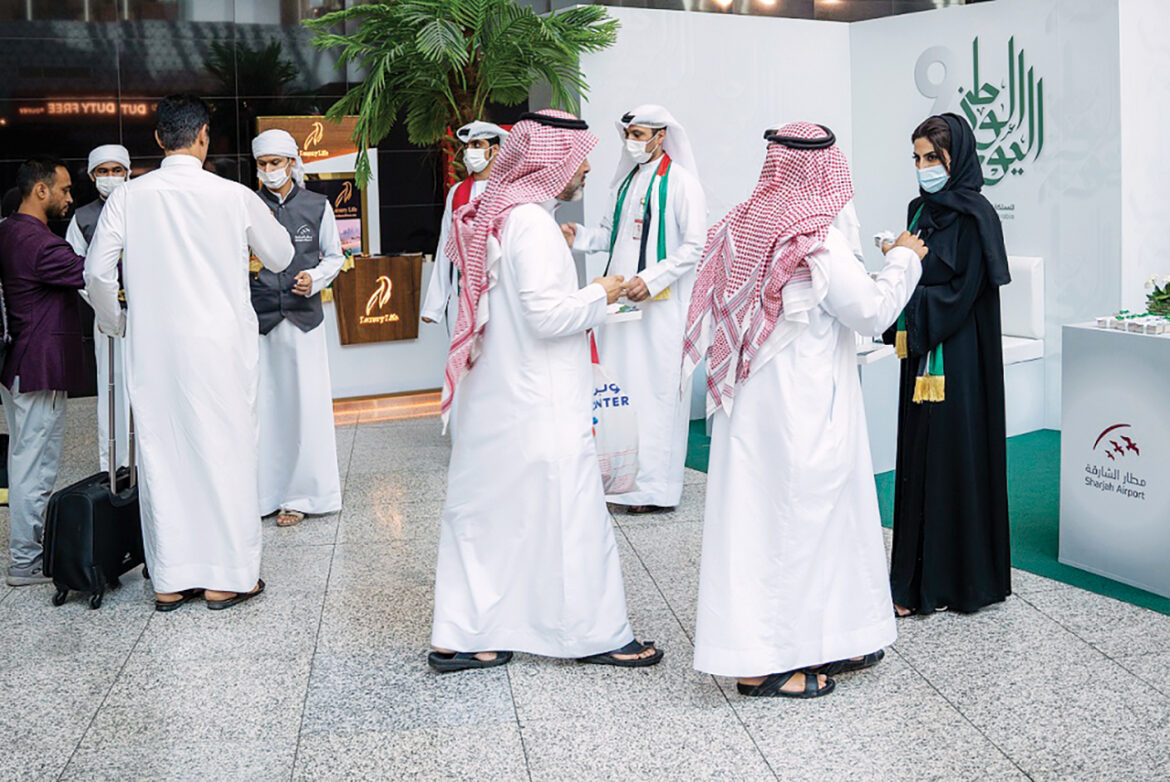 Reaffirming the fraternal relations and shared historical ties between the Emirati and Saudi people, Sharjah International Airport Authority staff and airport authority representatives joined the Saudi passengers arriving in the country through Sharjah Airport in their 92nd National Day celebrations in the Kingdom of Saudi Arabia, which falls on September 23 every year.

The celebrations, which will last for three days, included the distribution of roses, symbolic gifts and hospitality to visitors, to share the joys of the Saudi people on this national occasion and an expression of unity between the two brotherly peoples.

The travelers expressed their satisfaction with the initiative taken by the airport staff and their deep gratitude and pride for the good relations between the two peoples, praising the quality of services at the airport and the hospitality with which they were received by the staff and work crews.