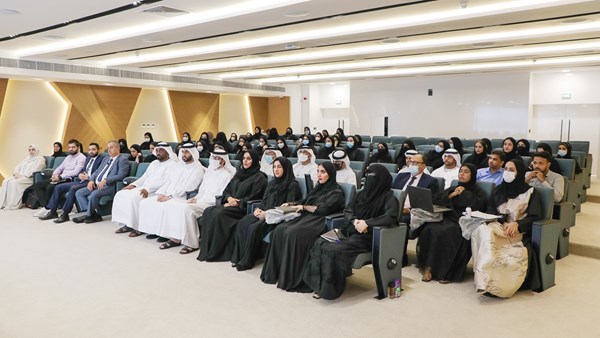 Sharjah Education Council launched its new strategy 2023-2025 to improve its education process, which continues through its efforts for permanent excellence in its outputs, quality in its results and alignment with national references to consolidate its role in introducing and implementing the best quality initiatives that coincide with the next phase of future directions and development plans.
The strategy launch ceremony, which was held at the council’s headquarters, was attended by Muhammad Ahmed Al Mulla, Secretary General of the Sharjah Education Council, directors of departments and offices, heads of departments in the council and functional cadres. organized with all stakeholders and partners, to work on developing the Council’s strategic plan, based on the best practices followed in this area.
The plan was based on the adoption of a strategic planning system for the Council, which in its aspects took into account integration in terms of including the elements of the strategic direction, which also includes vision, mission, values ​​and strategic goals. as the management methods by preparing an operational plan for the implementation and application of the strategic plan with the identification of mechanisms for follow-up and control and ensuring that it is in accordance with the national references.
Al Mulla confirmed that the council’s strategy 2023-2025 is based on the vision of His Highness Sheikh Dr. Sultan bin Muhammad Al Qasimi, Supreme Councilor and Ruler of Sharjah, and the directives of His Highness Sheikh Sultan bin Muhammad bin Sultan Al Qasimi, Crown Prince and Deputy Ruler of Sharjah and Chairman of the Executive Council, stemming from the emirate’s directives to pay attention to education, invest in people at all stages and provide the best services. He pointed out that the new strategy comes in response to educational changes and their compatibility with development, and contributes to overcoming the challenges posed by the next phase to ensure the establishment of an integrated vision for the educational aspects of the Emirate in the coming time. year in line with the mandate and work of the Sharjah Education Council, with the aim of reaffirming the council’s commitment to the strategic planning approach and aligning its plan with the plans of the local and federal government to achieve the leadership’s vision in caring for the generations, especially the youth, and provide all the capacities that aim to strengthen the state’s leadership in various fields, through the student, who is the wealth of today and the future.