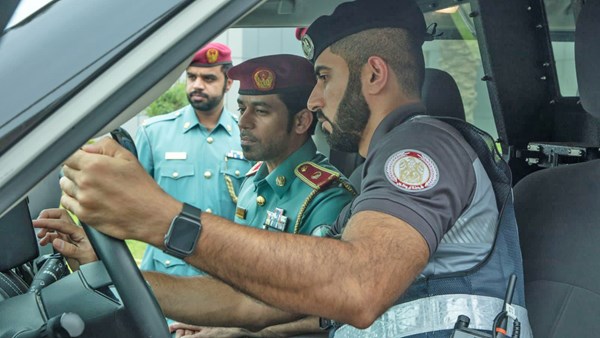 A delegation from Sharjah Police was briefed on best practices from the Traffic and Patrol Directorate of Abu Dhabi Police in the areas of road safety and the linkage between the traffic system and the national identity and awareness efforts to comply with safety and security. requirements and conditions for users of bicycles and electric bicycles in the Emirate of Abu Dhabi. Brigadier General Mohammed Dhahi Al Himiri, Director of the Traffic and Patrol Directorate, emphasized the importance of coordination and joint cooperation between the two sides in the traffic lanes and emphasized the Abu Dhabi Police’s eagerness to implement the latest practices to increase traffic safety and implement plans. that contributes to improving the road safety system in cooperation with strategic partners. Colonel Ahmed Khadem Al Qubaisi, Deputy Director of Abu Dhabi’s Traffic Department, gave an explanation to the visiting delegation led by Major Khaled Youssef Al Marzouqi of Sharjah Police on the experience of the Traffic and Patrol Directorate and its procedures for unlocking vehicles, software and applied technical systems .

Rain in different parts of the country