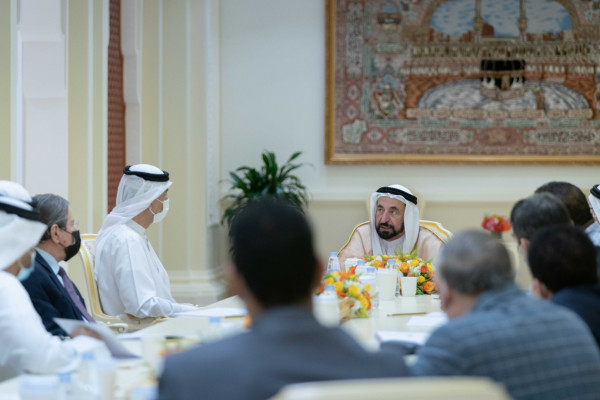 At the outset of the meeting, Sheikh Sultan welcomed the attendees, praising the Department of Culture’s continuous efforts in the field of cultural publishing, and the enlightened materials and ideas presented through various magazines in varied fields, highlighting the great contribution to supporting the cultural process in the Emirate.

Sharjah Ruler sparked light on the importance of integrated efforts which would contribute to achieving the cultural vision of Sharjah as well as preserving the distinguished qualitative achievements of by the Emirate in various fields of knowledge.

Sharjah Ruler reviewed the emirate’s pioneering experience in the field of culture over many years, recalling the various stages it went through, especially in terms of cultural publications.

He shined light during the meeting on the importance of developing work during the upcoming period in the field of cultural media work to attract more talented young writers to write in theatre, poetry, novel, story and other types of culture.