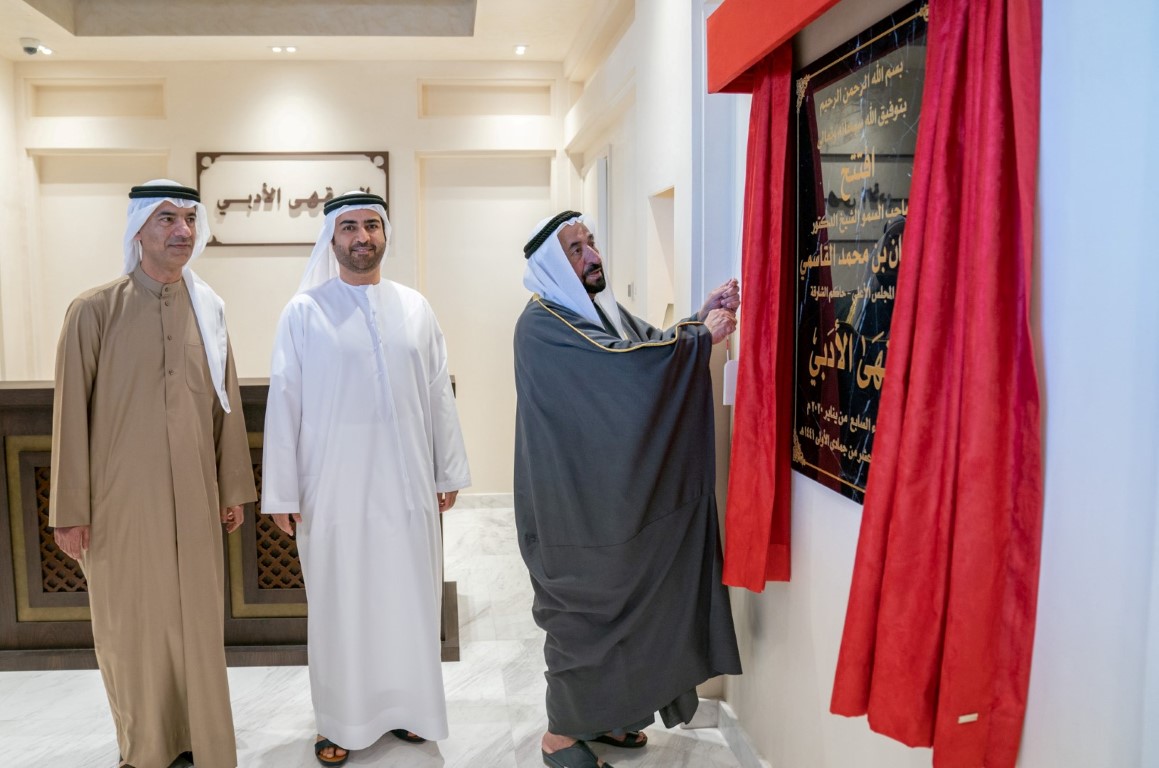 The Ruler of Sharjah visited the two-storey building, whose works were carried out by the Sharjah Directorate of Public Works. The Literary Café contains a number of halls and rooms, a café to provide drinks and food to literary cafe pioneers, in addition to a library equipped with specialised periodicals and references in various types of literature and a number of administrative offices.

Dr. Sheikh Sultan bin Muhammad wanted the literary cafe, with its front facade overlooking a panoramic view of Sharjah Beach, to be an extension of what was common and known about the Heerat Al Numan, working to attract writers and preparing their books and issuing them. He also directed the Department of Culture to provide periodicals in the café, and instructed the Sharjah Broadcasting Authority to sponsor the café’s activities on the various channels of the authority.

The inauguration was attended by a group of department heads in the Sharjah government and a number of officials and representatives of Arab poetry houses in the Arab world.