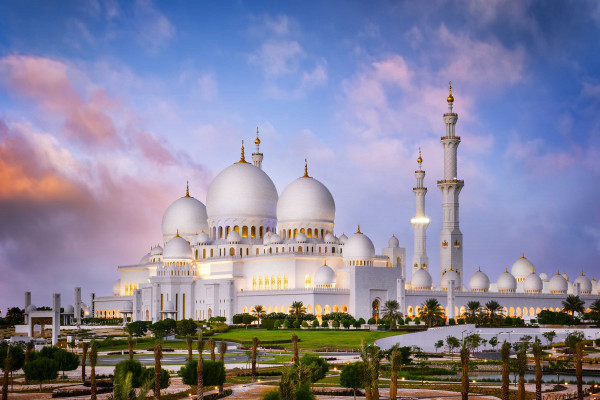 ABU DHABI, 16th April, 2022 (WAM) — The Sheikh Zayed Grand Mosque has been a leading destination for visitors of the major international events hosted by the UAE over the past six months, most notably Expo 2020 Dubai, the FIFA Club World Cup, the 5th UMEX and SIMTEX, the International Defence Industry Technology and Security Conference, Global Goals Week, which was held in cooperation with the United Nations, and the Food for Future Summit, in addition to World Space Week.

The number of visitors received by the mosque from October 2021 to the end of March 2022 was over 1.26 million.

The mosque was visited by many high-level delegations, and the number of delegation members from around the world received by the mosque was 2,452, who included presidents of states, ministers of foreign affairs, other ministers, ambassadors, consuls and speakers of parliaments.

The mosque also hosted 51 visits from local and international academic institutions, in addition to 293 visitors representing various international media outlets, including television stations in Argentina, Ecuador and Luxembourg. Brazil’s official television channel hosted a live broadcast from the mosque, highlighting its artistic aspects and its values of peace and coexistence.

The number of visitors who came for prayers at the mosque during this period totalled over 228,000 people.

The Sheikh Zayed Grand Mosque has kept pace with relevant events by drafting comprehensive plans according to high standards, to ensure its full readiness to receive the country’s international guests and provide them with a rich and comprehensive experience.

Field teams were formed to offer the best services to visitors, as well as specialist action teams that coordinated the schedules of delegations, in addition to part-time cultural tour guide teams. The mosque sponsored 2,596 cultural tours in Arabic, English, Spanish and Korean, and the number of reservations by tourism companies reached 13,667, involving 193,501 visitors.

The flow of visitors to the mosque helped promote its message of coexistence, tolerance and peace from the UAE to the rest of the world, based on the values of the Founding Father, the late Sheikh Zayed bin Sultan Al Nahyan, which are being strengthened and promoted by the UAE’s leadership.

The Sheikh Zayed Grand Mosque Centre (SZGMC), an affiliate to the Ministry of Presidential Affairs, enjoys the support and the follow up of H.H. Sheikh Mansour bin Zayed Al Nahyan, Deputy Prime Minister and Minister of Presidential Affairs. It was established to represent a cultural and intellectual platform formed on the combined basis of cultural and national values. It serves as an iconic masterpiece reflecting the concepts and values of the late founding father, Sheikh Zayed bin Sultan Al Nahyan, deeply rooted in the sentiment of the nation, and constitutes an extension of the doctrines of the tolerant Islamic religion, and the core values that form UAEs national identity.