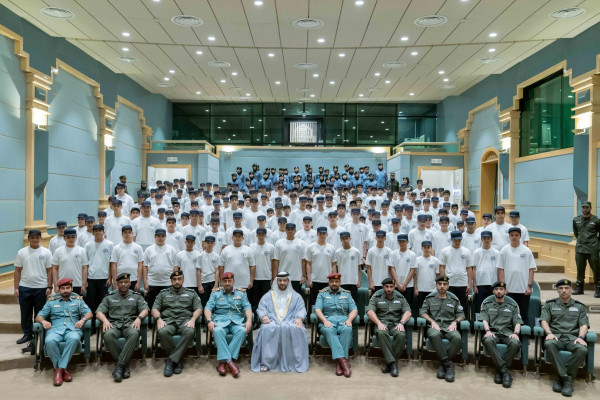 The one-month Sharjah Police Friends Summer Programme, organised by the Media and Public Relations Department, the Sharjah Police Academy, and the Sharjah Self-Defence Sports Club, aimed to raise the level of students’ acquired skills, boost their self-confidence, and develop their personalities positively, as well as expanding their knowledge of the role of security agencies in promoting national loyalty and belonging.

Khalifa Ahmed Al Mazrouei and Noura Abdullah Al Hammadi, Police Friends members, gave a speech on behalf of the graduates, in which they expressed their happiness at the opportunity for them and their colleagues to participate in this year’s course, as the summer programme contributed to honing their skills and employing their energies in various police and security aspects through training on a variety of activities, in addition to carrying out beneficial field visits.

At the end of the ceremony, Sheikh Sultan bin Ahmed bin Sultan Al Qasimi honoured the graduate students of the Police Friends Programme for this year, and the sponsors that contributed to the success of the summer programme.

UAE: Now, order food for the underprivileged through delivery app