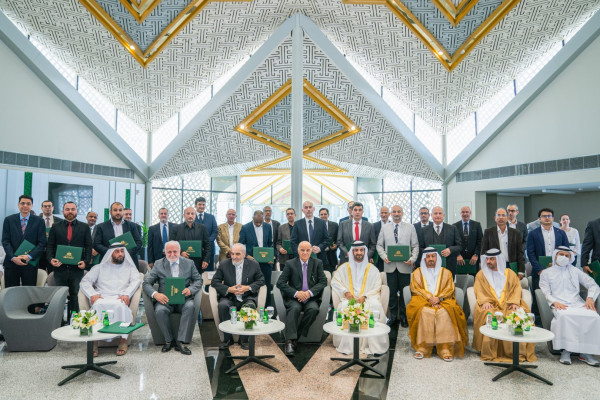 The list of those honoured included 46 scientists and researchers ranked among the top two percent of the world’s scientists, according to what was published by Stanford University in cooperation with the publishing house “Elsevier BV”.

According to “Research.com”, a website that ranks scientists according to research productivity and the number of citations globally, those honoured also included five scientists who got first and second places.

In his speech, Dr. Hamid Majul Al Nuaimi, Chancellor of UoS, stated that scientific research is one of the main pillars of the university, which is provided by the administration that translates the wise vision and directives of its Founder, His Highness Dr. Sheikh Sultan bin Muhammad Al Qasimi, Supreme Council Member and Ruler of Sharjah, and its President Sheikh Sultan.

He added that Stanford proved, through what is published in cooperation with the publishing house “Elsevier BV”, that 44 of the faculty members at the UoS are among the best two percent of the world’s scientists based on their impact and services in one year.

The chancellor concluded his speech by stating that 11 scientists of the university are among the top 50 in the UAE.