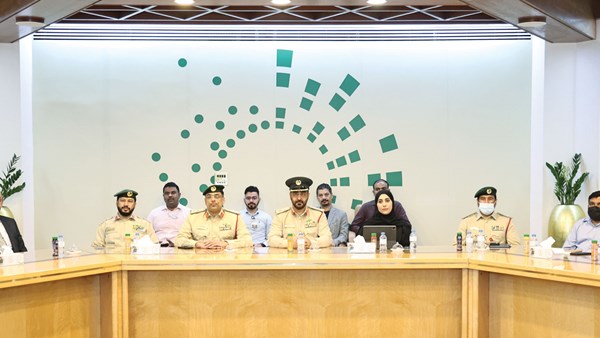 Major General Ali Ghanem, Director of the General Department of Logistics Support at Dubai Police, announced the creation of a Supplier Relations Center and the establishment of a Supplier Council, the first of its kind at the government department level to serve this important category of strategic partners, before within the framework of Dubai Police General Command’s vision to strengthen Communicate with partners and work to facilitate services for them and make them happy. This happened during the activities of the first forum of the Supplier Relations Center organized by the General Department of Logistics Support at its headquarters in the General Command of Dubai Police, in the presence of Colonel Salah Al Marzouqi, Deputy General Department of Logistics Support, Major Mansour Muhammad Al Mulla, Director of Procurement and Warehousing, and Al-Madani Shamma Ali Al Ali, Director of Relationship Center New suppliers, a number of officers and suppliers dealing with Dubai Police. At the beginning of the forum, Major General Ali Ghanem welcomed the suppliers and emphasized the tenacity of the Dubai Police General Command, under the directives of His Excellency Lieutenant General Abdullah Khalifa Al Marri, Commander-in-Chief of the Dubai Police, to constantly communicate with all strategic partners, work for to make them happy and strengthen the bonds of continuous relations with them to achieve the future ambitions of both parties. . In addition, Colonel Salah Al Marzouqi emphasized the importance of the relationship with suppliers who provide Dubai Police with all logistical needs and in a way that contributes to strengthening the role of Dubai Police in providing the best and quality services to the community working to make it happy and strengthen safety and security procedures, indicating that the establishment of the center and the establishment of the Supplier Council will help to receive recommendations that strengthen bilateral relations and develop joint services. At the end of the forum, the suppliers visited the Supplier Relations Center and the Supplier Council, reviewing their content and how they can benefit from the services they provide.