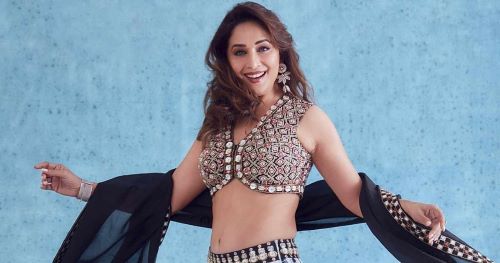 Dubai; 30th May 2022: The best of
Bollywood is heading its way to Abu Dhabi for the International Indian Film
Academy or the IIFA Awards weekend on Yas Island, with a bevy of star names
announced ahead of the June 3-4 events to be held at the Etihad Arena.

The
best of music and fashion will be presented on the Etihad Arena stage on June
3, with hosts Farah Khan Kunder and Aparshakti Khurana leading the charge.

The
celebrated director and choreographer and actor Khurana will be joined on stage
in a night of melodies with performances by Devi Sri Prasad, Tanishk Bagchi,
Guru Randhawa, Honey Singh, and Neha Kakkar, Dhvani Bhanushali, Zahrah S Khan,
and Asees Kaur.

The
NEXA IIFA Awards 2022 will be hosted by Bollywood superstar Salman Khan, along
with actors Riteish Deshmukh and Maniesh Paul.

Ahead
of his performance in Abu Dhabi, Kapoor spoke about his association with IIFA.
“IIFA has always been close to my heart and this year I am excited to recreate
and make new memories at the 22nd Edition OF IIFA Weekend and Awards in Yas
Island, Abu Dhabi. I look forward to my performance at IIFA Awards night and what
better venue than the spectacular state-of-the-art indoor entertainment venue,
Etihad Arena,” he said in a statement.

Earlier,
Aaryan, who is on a career-high with the success of ‘Bhool Bhulaiyaa 2’, also
spoke about his excitement about performing at the IIFA Awards.

“As
always, IIFA truly gives you the biggest audience to entertain and the
opportunity to engage with and entertain my fans is super fulfilling.”

“In
2018, after hosting and performing at my first IIFA which was a phenomenal
experience, I’m elated to perform once again at the 22nd edition of the biggest
celebration of Indian cinema. IIFA truly is an embodiment of a global
phenomenon with its massive fan following and I’m looking forward to IIFA
Awards at Yas Island, Abu Dhabi this year,” Aaryan said in a statement.

The
IIFA Awards are often compared to the Indian Oscars, with the event traveling
to a new country every year.