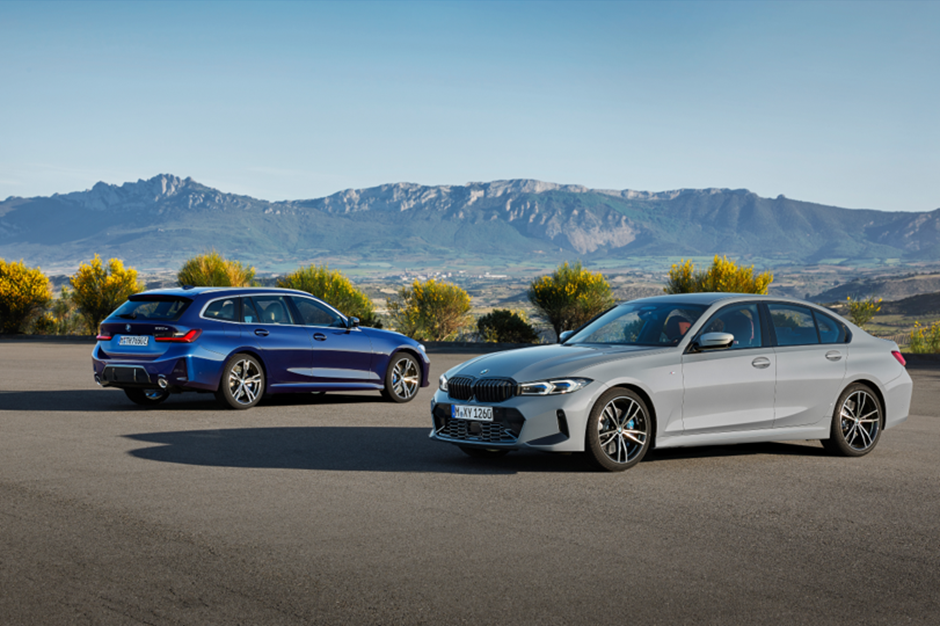 Munich/Dubai. With a design refresh, an extensively modernised premium ambience and clear advances in the areas of digitalisation, control/operation and equipment, the new edition of the BMW 3 Series is setting out to write another chapter in the model range’s worldwide success story.

Targeted updates to the front and rear-end design shine an even brighter spotlight than ever on the sporting ability for which the BMW 3 Series Sedan and BMW 3 Series Touring are renowned. BMW Operating System 8 including the BMW Curved Display brings extra modernity to the interior, and all variants of the new BMW 3 Series now come as standard with an eight-speed Steptronic transmission with gearshift paddles on the steering wheel and a newly designed selector lever.

With its elegantly sporty design and agile handling, the BMW 3 Series has provided a reference point for driving pleasure in the premium mid- size segment from day one. And it also represents the core of the BMW brand. The new edition of the sports sedan, which has enjoyed great success for over 45 years, and the Touring model – unveiled for the first time 35 years ago – will be launched in July 2022.

A modern and clean design

The focus on dynamism and modernity woven into the exterior design is also reflected in the restructured model range. The new BMW 3 Series already has a boldly sporty appearance in standard specification – a visual quality further emphasised by the now standard M High-gloss Shadowline trim.

The interior of the new BMW 3 Series Sedan and new BMW 3 Series Touring has been treated to a comprehensive update. Here, a 12.3-inch information display behind the steering wheel and a control display with a screen diagonal of 14.9 inches merge together into a single fully digital and high-resolution unit. This cutting-edge cockpit design has progressive digitalisation at its heart and enables the number of buttons and controls to be significantly reduced in favour of touch and voice control.

An automatic climate control system with three-zone adjustment is fitted as standard in both the new BMW 3 Series Sedan and new BMW 3 Series Touring. The climate functions are operated by voice command or touch via the control display.

All the engines for the new BMW 3 Series link up with an eight-speed Steptronic transmission as standard. Its sporting character is reinforced by the likewise standard gearshift paddles on the steering wheel.

Latest generation of BMW iDrive with BMW Operating System 8. The multi-sensory vehicle experience BMW iDrive with the latest generation of BMW Operating System 8 introduced in the new BMW 3 Series leads the way into the digital future with powerful connectivity and data processing capabilities, plus intuitive interaction between the driver and vehicle. At the heart of this are the BMW Curved Display and the extended capabilities of the BMW Intelligent Personal Assistant.

The My BMW App acts as a universal digital interface between the driver and vehicle and for controlling the charging process for the high-voltage battery of plug-in hybrid models. While inside the new BMW 3 Series Sedan and new BMW 3 Series Touring, customers can make use of the Personal eSIM designed to work with 5G mobile technology for further improved smartphone integration with Apple CarPlay® and Android Auto™.