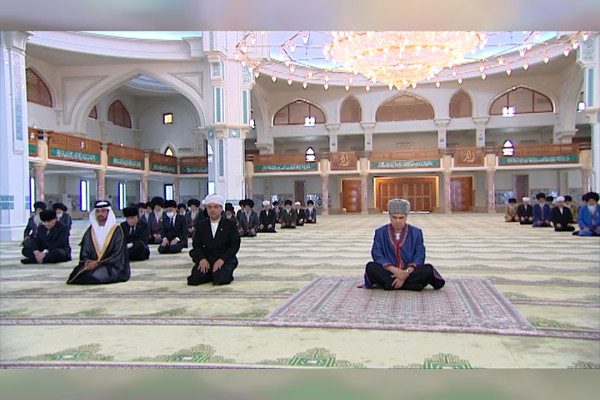 The service was attended by Chairman of the People’s Council of National Assembly, Gurbanguly Berdimuhamedov, members of the Turkmen government, heads of diplomatic missions accredited to Ashgabat, statesmen, dignitaries and tribal leaders.

Berdimuhamedov praised the virtues of late Sheikh Khalifa, and spoke high about the charitable projects implemented by the late UAE president in Turkmenistan, including mosques, hospitals, airports and many vital facilities throughout the country, stressing that Sheikh Khalifa will remain in the memory of the Turkmen people forever.

Similar memorial events were held on the same day at the Sheikh Khalifa bin Zayed Al Nahyan Mosque, at the Zayed Palace for Orphans, and at major mosques throughout Turkmenistan.