UAE and Oman a shared history and solid ties: Report 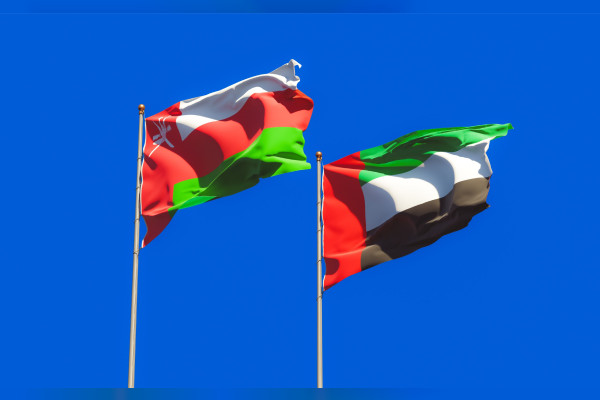 ABU DHABI, 26th September, 2022 (WAM) — The United Arab Emirates and the Sultanate of Oman relations are deep-rooted based on historical ties, social rapprochement, and the aspirations of the two countries’ leadership to foster their cooperation further to ensure continuous development of their inter-relationships for the benefit of the two brotherly peoples.

The two countries have close relations at various levels thanks to the permanent dialogue among them, the high-level meetings, and the frequent ministerial and governmental meetings, which highlights the attention both countries attach to develop their ties.

Strengthening its ties with Oman is one of the UAE’s key priorities, which was underscored in a previous statement by President His Highness Sheikh Mohamed bin Zayed Al Nahyan, who said, “The United Arab Emirates and the Sultanate of Oman share deep-rooted ties that grow stronger every day.”

His Highness Sheikh Mohammed bin Rashid Al Maktoum, Vice President, Prime Minister and Ruler of Dubai, also highlighted the strong UAE-Oman ties, saying, “Oman is from us, and we are among them. They are our siblings, and we have long-term mutual ties that we are proud of, which are being reinforced by our people daily.”

The two brotherly countries share social and cultural relations that extend deep into history. During the past decades, many prominent strides have directly contributed to their consolidation and advancement, reinforced by historic meeting between the late Sheikh Zayed bin Sultan Al Nahyan and Sultan Qaboos bin Said in 1968.

The historic visit of the late Sheikh Zayed bin Sultan to Oman in 1991 was a turning point in the bilateral ties binding the two countries, resulting in the formation of a joint higher committee. The committee’s most prominent achievements was the decision to allow the citizens to enter both countries using the Emirates ID instead of passport, and the formation of a higher economic committee to establish a group of joint projects.

The UAE is one of the most important trading partners of Oman. The volume of non-oil trade exchange between the UAE and Oman last year amounted to AED46 billion, a growth of 9% compared to 2020, and the average growth in the two countries’ trade over the previous five years was about 10%, according to statistics revealed during the second session of the UAE-Oman Economic Forum, which was held last February in Dubai.

The cultural and social relations between the two countries are intertwined and deep, reaching the level of family relations and the sharing of customs, costumes and the arts as a result of shared history and geographical contact.