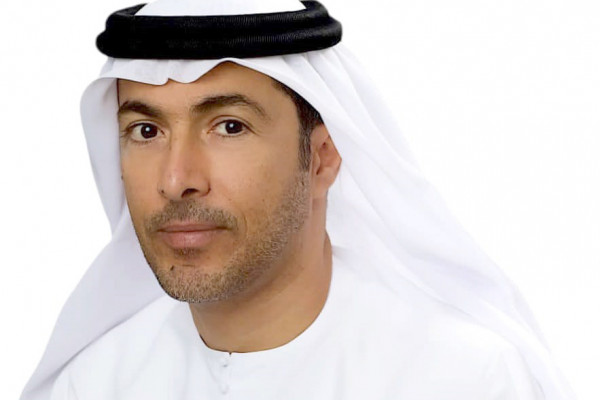 ABU DHABI, 14th May, 2022 (WAM) — The financial and banking sector in the UAE under late Sheikh Khalifa bin Zayed Al Nahyan, made unprecedented achievements that reflected the notable success of the wise policies adopted by the late president to lay down a solid foundation for a sustainable and comprehensive development drive conducive to enhancing the status of the UAE as a global financial hub.

Khaled Mohammed Balama, as Governor of the CBUAE, told the Emirates News Agency (WAM) that the “late Sheikh Khalifa bin Zayed Al Nahyan, was a loyal leader to his country and his people who devoted his life to serving them and humanity at large. His achievements contributed to strengthening the status of the Emirates on the global stage”.

The performance of the UAE financial sector, under his leadership, demonstrated the resilience and elasticity of the nation’s banking system, coupled with the robustness and continuing growth of the insurance sector that consolidates the country’s position at the regional and global levels.

The banking system remained resilient through the challenges under the wise leadership of the late UAE president. The CBUAE progressed its work in strengthening the regulatory framework across all areas under its remit, while providing banks with additional operational capacity to respond to the repercussions of all challenges, including the COVID-19 pandemic by deploying temporary measures on the capital and liquidity frameworks. The CBUAE also keeps reviewing its Macroprudential Policy Framework that aims to strengthen resilience and limit the build-up of systemic financial stability risks.

The Abu Dhabi Securities Exchange (ADX) share price index increased by 10.3% Q-o-Q in Q4 2021, while the Dubai Financial Market (DFM) index rose by 12.3% Q-o-Q over the same period. The increase in both ADX and DFM was due to strong demand and positive market sentiment in line with global stock markets, which also gained during the fourth quarter.

Project Aber, an initiative launched by the central banks of United Arab Emirates and Saudi Arabia, has been completed under the late president, to explore the viability of a single dual-issued digital currency as an instrument of domestic and cross-border settlement between the two countries. The high-level objectives of the initiative are to explore, experiment, and gain a deeper understanding of distributed ledger technology (DLT) and analyse its maturity; to explore an alternative DLT-based cross-border payment solution that can overcome inefficiencies in existing cross-border interbank payment approaches; to understand and experiment with the dual issuance of a central-bank digital currency; and benchmark findings against those of other central banks.

On the occasion of the country’s 50th National Day, the UAE produced a fresh new AED50 banknote. It was to honour former UAE President Sheikh Zayed bin Sultan Al Nahyan. The new banknote is the UAE’s First Polymer Banknote. This material is more durable and sustainable than standard banknotes. It lasts two to three times as long as its cotton counterparts are totally recyclable, therefore helping decrease the environmental imprint.

In line with the UAE’s Vision for Next 50, CBUAE has worked on developing a roadmap for the next five decades that adopts Artificial Intelligence and Big Data in the banking and insurance sectors, as well as in regulatory and supervisory systems, in pursuit of the ambitious development plans for the UAE Central Bank to become one of the best in the world.