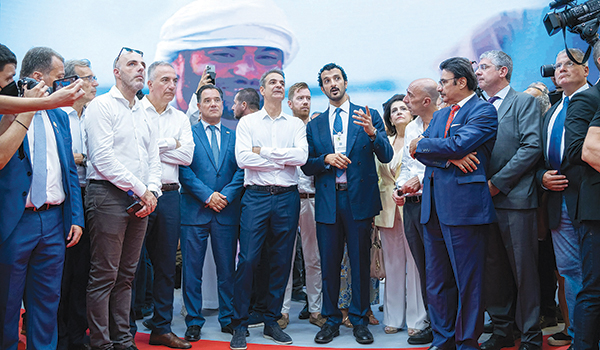 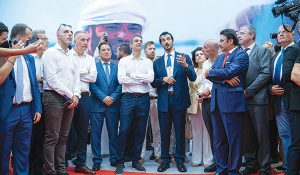 Abdullah bin Touq Al Marri, Minister of Economy, held bilateral meetings with several Greek ministers and government officials at the UAE pavilion in the ongoing 86th Thessaloniki International Trade Fair (TIF).
The meetings focused on promoting collaboration and bilateral relations between the two countries and highlighting the key economic sectors for investments in the UAE, including the non-oil industries, whose exports have recently registered unprecedented growth.
Greek Prime Minister Kyriakos Mitsotakis inaugurated the UAE pavilion at the latest edition of TIF in the presence of the UAE Minister of Economy. The bilateral meeting followed the opening ceremony, during which, the two ministers discussed means to promote cooperation and develop existing trade and investment relations. They also attended a seminar on the US-UAE investments.