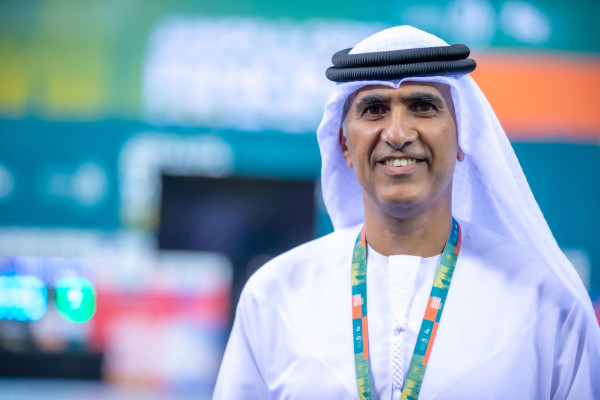 The event was hosted by the UAE Fencing Federation (UAEFF), with the participation of 1,664 competitors from 103 countries, in cooperation with the Dubai Sports Council, from 2nd to 10th April, at the Hamdan Sports Complex, under the patronage of H.H. Sheikh Mansoor bin Mohammed bin Rashid Al Maktoum, Chairman of Dubai Sports Council.

The UAE ended the championship leading the medals table, winning 15 medals in 18 competitions.

The Egyptian team won the last gold medal of the championship, the IPE Armament Teams’ Competitions for competitors aged under 20, while the American team won the silver and the French team won the bronze.

In his statement to the Emirates News Agency (WAM), Sheikh Salem said the championship is an addition to the success of Emirati sports and the sport of fencing.

“Being a member of the Executive Office of the International Fencing Federation, and after hosting the championship and receiving the praises of all members of the FIE and participating delegations, I confirm that the event underscored the popularity of the sport of fencing, and we will build on this in the near future as a motivation to realise our dreams to reach the Olympics,” he said.

Sheikh Salem pointed out that the country’s successes, especially the organisation of the event and the level of competitors, were sources of praise, highlighting his keenness to empower and support the federation’s young cadres, including players, coaches, referees and administrative staff.