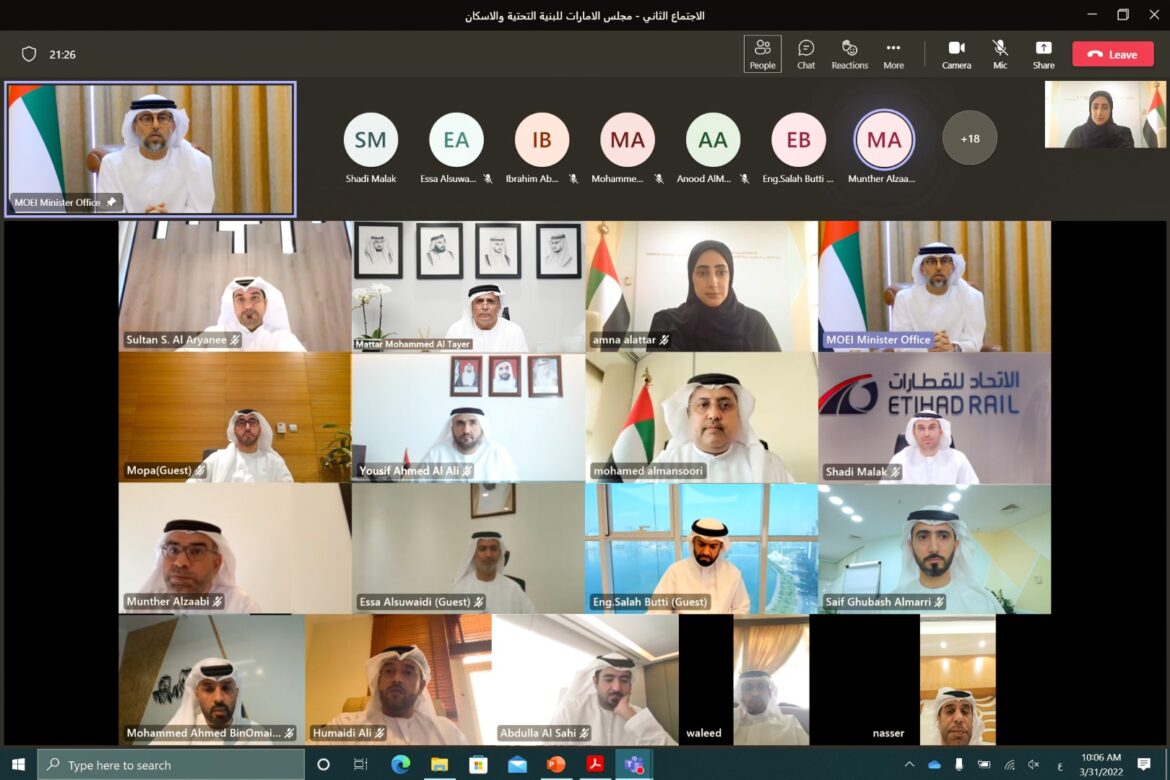 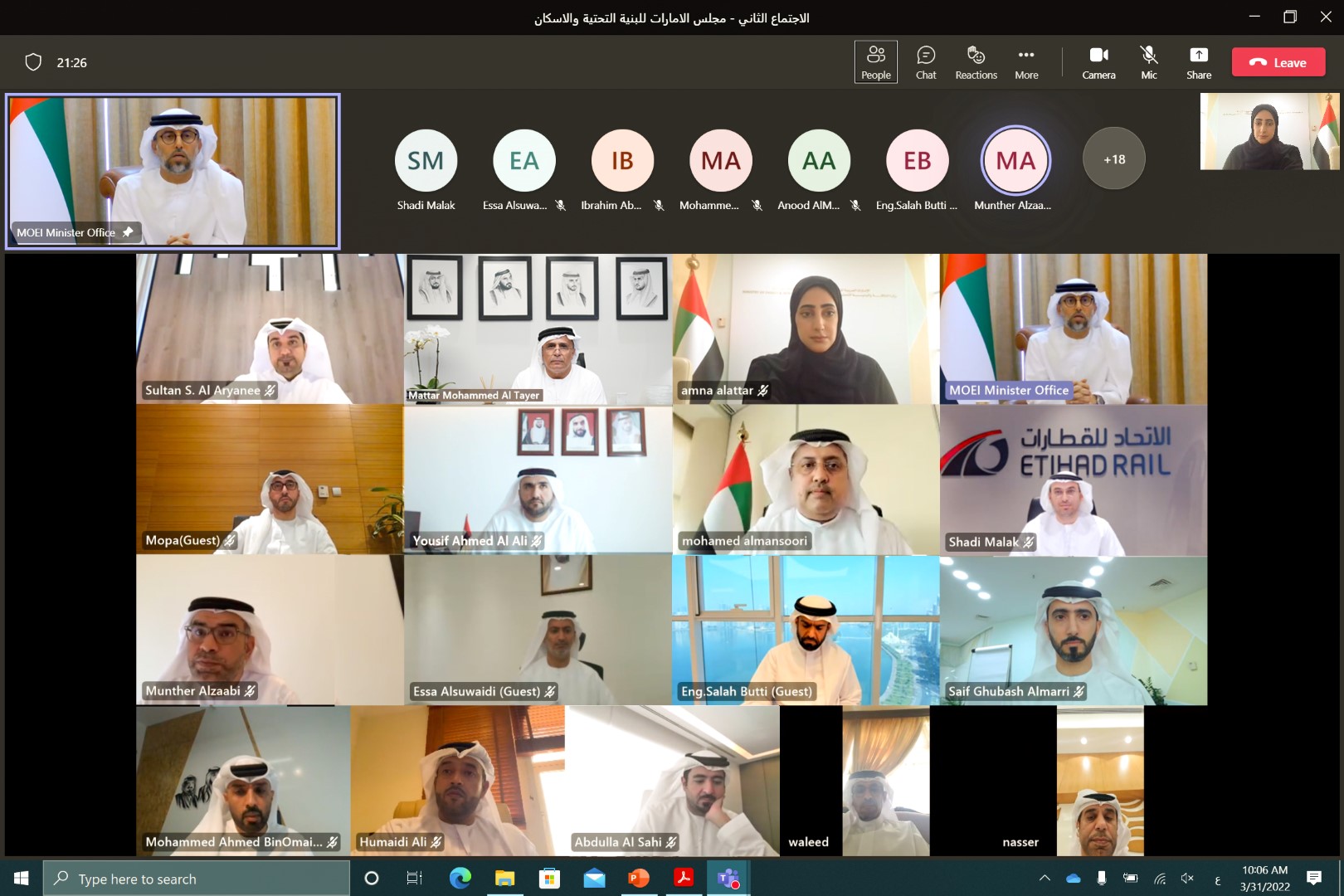 DUBAI, 4th April, 2022 (WAM) — Suhail bin Mohammed Al Mazrouei, the UAE Minister of Energy and Infrastructure, chaired the second meeting of the UAE Infrastructure and Housing Council, which was held virtually in the presence of its members.

Al Mazrouei affirmed that the advanced infrastructure of the UAE represents a stimulating environment for accelerating the pace of sustainable development, prosperity and growth, and an essential support for strengthening the country’s leadership as a global model in various fields, especially roads, housing and transportation, enhancing the country’s goals for the next 50 years.

The Minister of Energy and Infrastructure said, “The UAE has one of the most advanced infrastructure and government housing programme in the world, which is a catalyst to achieve more accomplishments in these vital sectors and strengthen our efforts to serve the community and translate the directives of President His Highness Sheikh Khalifa bin Zayed Al Nahyan, His Highness Sheikh Mohammed bin Rashid Al Maktoum, Vice President, Prime Minister and Ruler of Dubai, His Highness Sheikh Mohamed bin Zayed Al Nahyan, Crown Prince of Abu Dhabi and Deputy Supreme Commander of the UAE Armed Forces, Their Highnesses Supreme Council Members and Rulers of the Emirates, by providing advanced infrastructure and housing and sustainable government that achieves citizens’ happiness and quality of life, which represents a top priority in the government’s agenda for the next fifty years and the UAE Centennial 2071.”

The meeting witnessed the announcement of the formation of executive teams at the national level concerned with housing, transportation, urban planning, in addition to energy. They discussed future executive plans as well as the most important goals and initiatives the teams will work on during the next phase, in line with the 10 principles of the UAE.