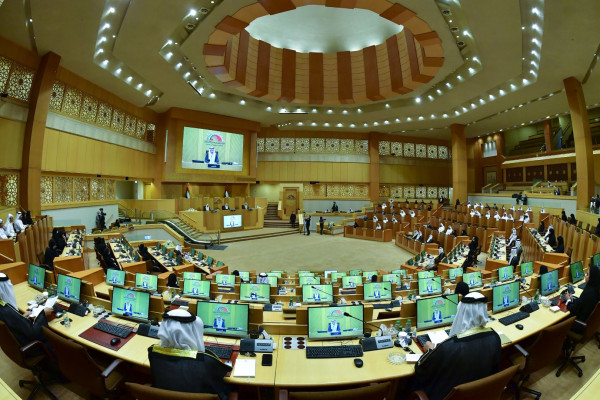 ABU DHABI, 18th May, 2022 (WAM) — The Federal National Council (FNC) has confirmed trust in His Highness Sheikh Mohamed bin Zayed Al Nahyan, as president of the UAE to ensure a bright future for the nation.

This statement was made by the FNC on the occasion of the election of President His Highness Sheikh Mohamed, which was given by Saqr Ghobash Speaker of the FNC, during its 10th session of the ordinary third term of its 17th legislative chapter, which was held today as a memorial service for the late Sheikh Khalifa bin Zayed Al Nahyan.

“The FNC reaffirms full trust in our President and protection of the Union His Highness Sheikh Mohamed, who is known for his love for the country and citizens and is keen to ensure a bright future for the nation as well as his support for the peace and stability of Arab countries.

“The FNC is confident that the UAE, under President His Highness Sheikh Mohamed, will see a new era of achievements and development. The country will continue to be the nation of giving, tolerance, safety and security,’ he added.

Rejuvenate your body and soul with luxurious wellness experiences at The Oberoi Beach Resort, Al Zorah