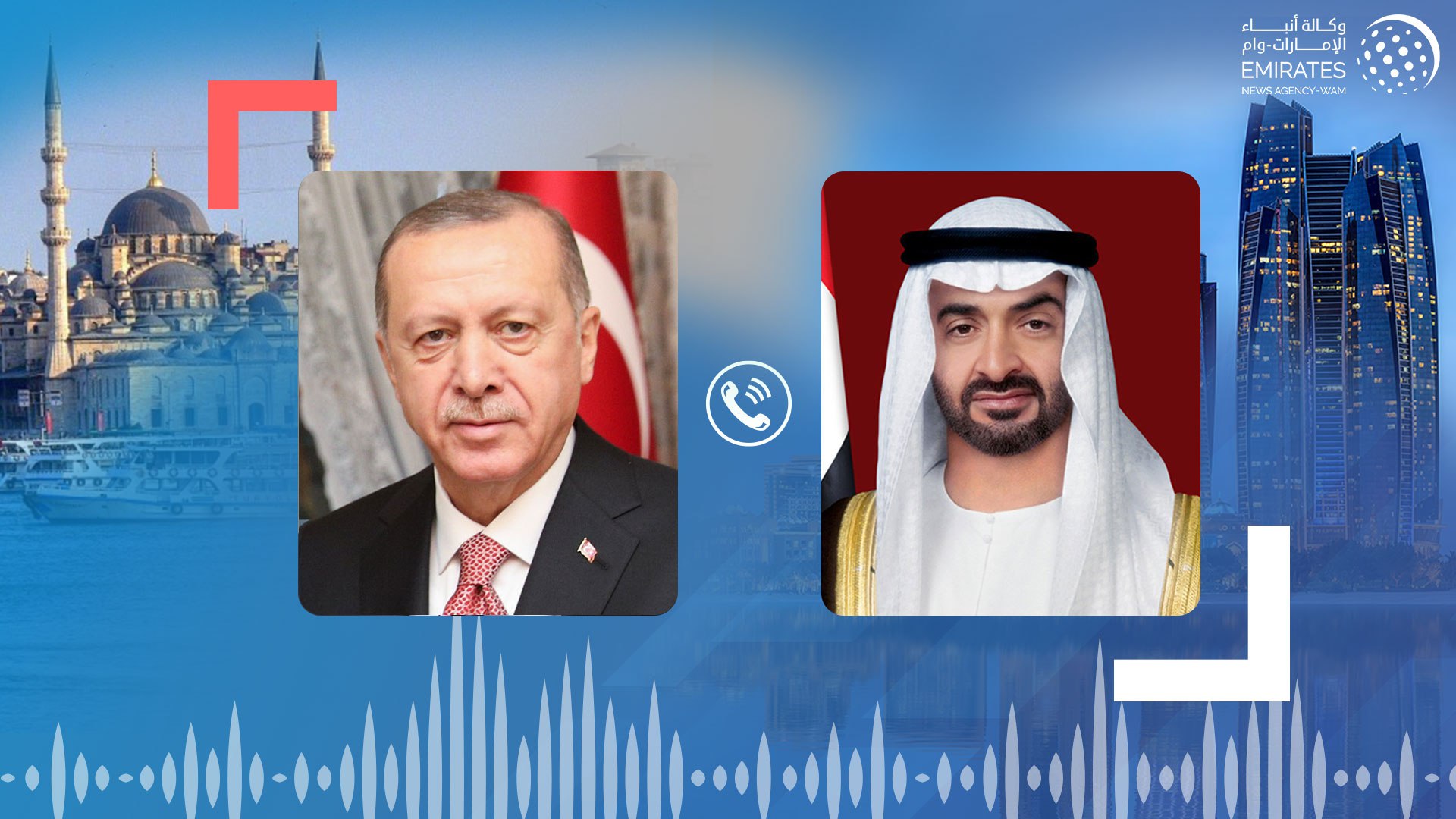 During the conversation, President His Highness Sheikh Mohamed bin Zayed welcomed the agreement signed in Istanbul between Ukraine, Russia, and Türkiye with the participation of the United Nations, to provide safe passage for grain exports through the Black Sea to global markets.

His Highness Sheikh Mohamed bin Zayed emphasised that the Istanbul Agreement is a major stride in the right direction, and said that he looks forward to its prompt implementation, as it would help avoid a global food crisis.

The UAE President also hailed President Erdoğan’s efforts and initiatives that contributed to the signing of the agreement on Friday, which will help facilitate the export of Ukrainian grain to world markets and ensure safe passage.

He also commended the Turkish diplomatic efforts to reach this agreement, stressing the importance of resolving disputes through diplomatic and political means to avoid the repercussions that conflicts have on civilians, infrastructure and the international order.

His Highness Sheikh Mohamed bin Zayed underscored the UAE’s keenness on supporting efforts and initiatives aimed at enhancing security, and promoting peace and stability, to which all peoples of the world aspire.

The UAE President and the President of Türkiye also discussed bilateral relations, promising prospects for cooperation, and joint work between the UAE and Turkiye in various fields to serve the interests of their countries.

Pope’s Penitential Pilgrimage to Canada to reconcile and heal