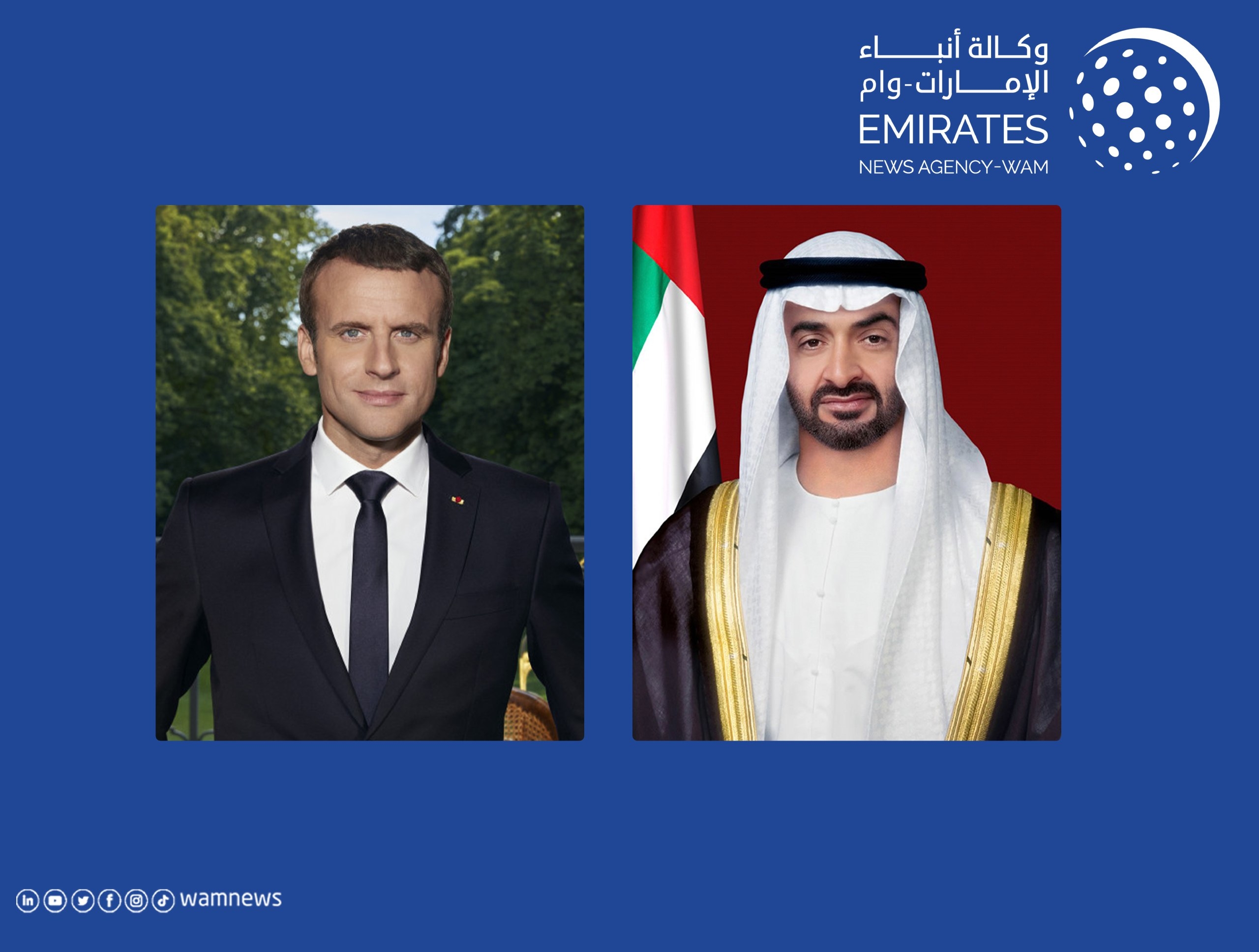 The two Heads of State discussed opportunities for collaborating and expanding their longstanding partnership alongside overall developments and approaches to topics of regional and global concern. His Highness also congratulated President Macron on his country’s National Day, wishing France further progress and prosperity.

His Highness said that collaboration across energy of all kinds is critical, noting that the UAE is committed to supporting energy security to all people.

In discussing regional and global instability, the leaders also expressed their joint commitment to favouring de-escalation, peaceful co-existence and relationship building as a way of working towards resolving such challenges. His Highness discussed the important role that France has undertaken in the Middle East, noting his interest in continuing to work together with France to promote peace, stability, and security for all in the region.

His Highness reiterated the common interest that the UAE and France share in confronting climate change, including the opportunity to move forward with clear action at COP28, which will be hosted in the UAE in 2023.

In the evening, President Macron will receive His Highness Sheikh Mohamed bin Zayed for a state dinner at the Grand Trianon, situated within the grounds of the Palace of Versailles.