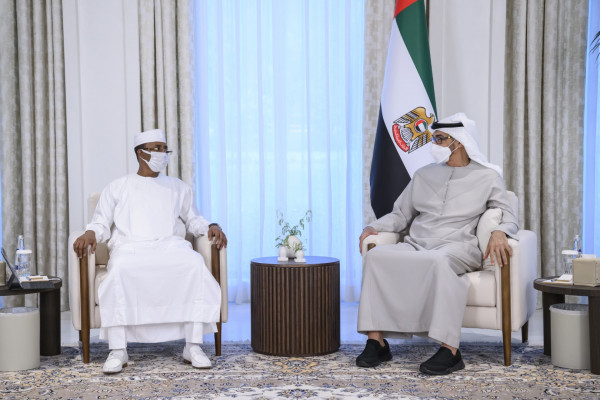 During the meeting, held at the Beach Palace, Deby offered his condolences on the passing of Sheikh Khalifa bin Zayed, and congratulated His Highness Sheikh Mohamed on his appointment as President of the UAE, wishing him luck in leading the country to further progress and prosperity.

The two sides discussed bilateral relations and opportunities for promoting joint cooperation especially in economic, investment and development fields, to achieve sustainable development goals and serve the mutual interests of the countries.

They also exchanged views on the latest developments related to regional and global issues of mutual concern.

For his part, Chad’s Transitional Military Council Leader praised the development projects and qualitative charitable and humanitarian initiatives implemented and supported by the UAE, which aim to improve the lives of peoples around the world, especially in the African continent.