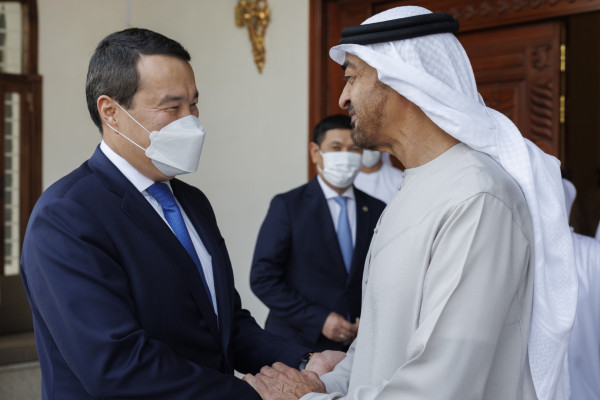 President His Highness welcomed the Prime Minister of Kazakhstan and conveyed his greetings to Kassym-Jomart Tokayev, President of the Republic of Kazakhstan, wishing him good health and happiness and further progress and prosperity to Kazakhstan and its people.

The meeting addressed bilateral relations between the two friendly countries in various domains and ways to develop them.

For his part, Ismailov thanked His Highness Sheikh Mohamed for the warm reception, and conveyed to him the greetings of President Tokayev and his wishes of continued health and happiness, and further progress and development for the UAE and its people.