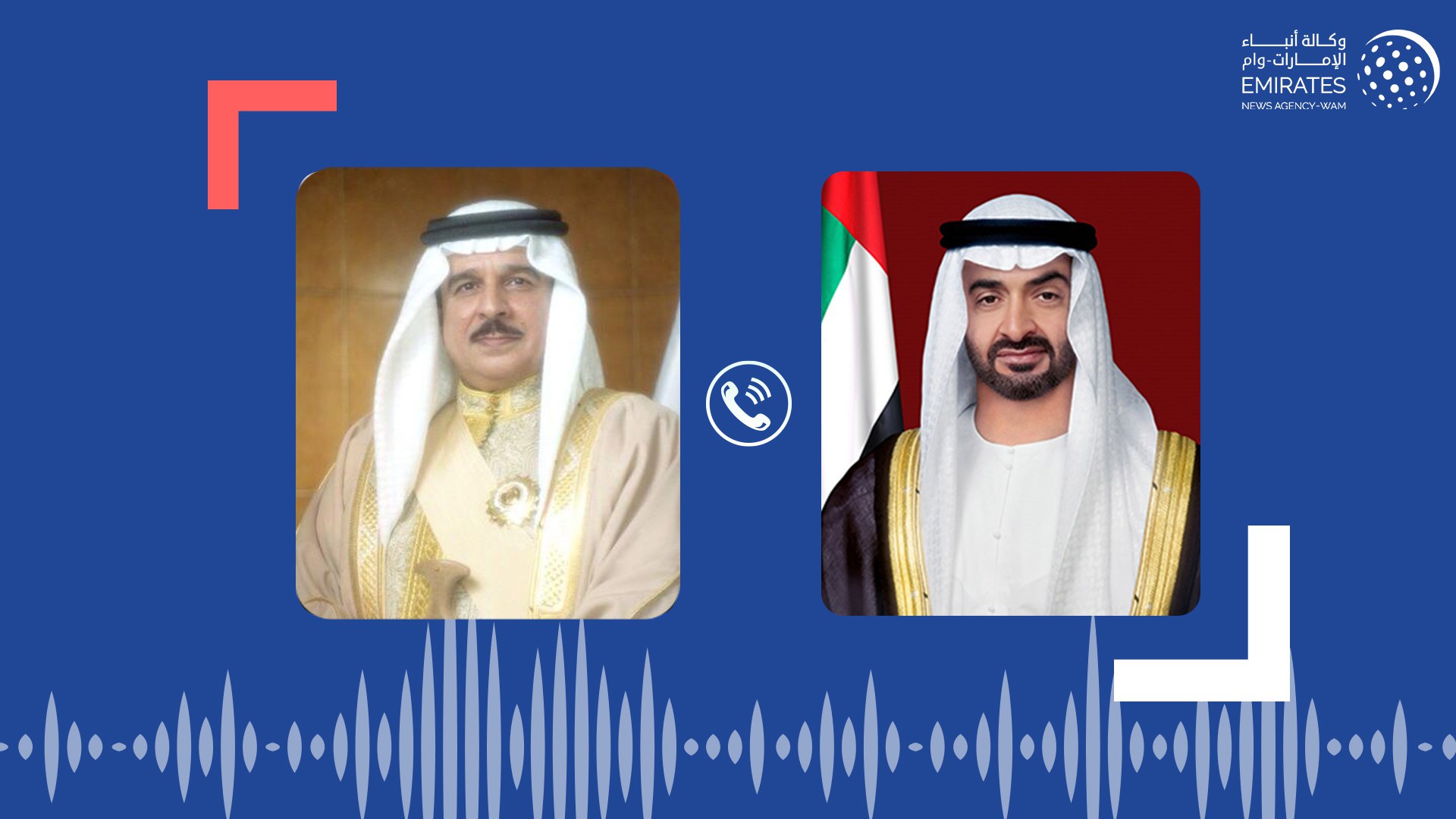 During the conversation, the King of Bahrain hailed the UAE’s wise policy under the leadership of President His Highness Sheikh Mohamed bin Zayed to enhance bridges of partnership, dialogue and effective and balanced relations based on confidence, credibility and mutual respect with the countries of the world to achieve stability and prosperity for all.

The Bahraini King praised the speech of His Highness Sheikh Mohamed bin Zayed Al Nahyan today through television channels, which mirrored the wise policy of the UAE.

In turn, the UAE President extended thanks and appreciation to the King of Bahrain and praised his role and continuous efforts to develop the distinguished bilateral ties between the two fraternal countries.

His Highness Sheikh Mohamed bin Zayed also wished more progress, prosperity and development for the Kingdom of Bahrain under his wise leadership.

Abdullah bin Zayed leads the promotion of national identity and the Arabic...