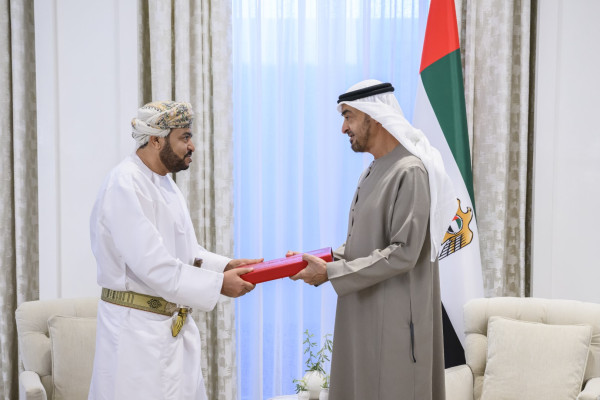 This came as H.H. Sheikh Mohamed received – at the Qasr Al Shati’ Palace in Abu Dhabi- H.H. Fatek Bin Fahr Al Said, the Special Envoy of Sultan of Oman, who handed over the message and conveyed the greetings of His Majesty to the UAE President and his wishes of continued progress and prosperity to the UAE people.

Sheikh Mohamed reciprocated the greetings, saying that the UAE is pride of its robust relations with the Sultanate of Oman, and looks forward to further development and growth of these ties.