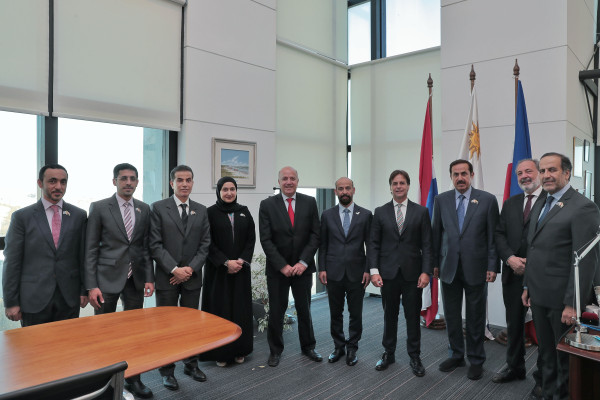 At the start of the meeting, Lacalle Pou welcomed Ghobash and his delegation, highlighting the importance of their visit to improve the relations between the two countries. He also stressed the key role of parliaments in strengthening their ties.

During the meeting, which was attended by Saeed Abdullah Saif Al Qamzi, UAE Non-Resident Ambassador to Uruguay, the two sides discussed ways of boosting the ties in all areas through mutual visits and coordination in areas of mutual concern.

They also discussed various regional and international issues and recent developments and highlighted the importance of achieving international peace, security and stability.

Ghobash said that the FNC delegation’s visit to Uruguay aimed to encourage parliamentary cooperation, in light of the recent challenges facing the entire world.

He also affirmed the UAE’s keenness to improve the relations between the two countries, in line with the directives of its leadership, and extended his appreciation for the warm welcome and hospitality he received.