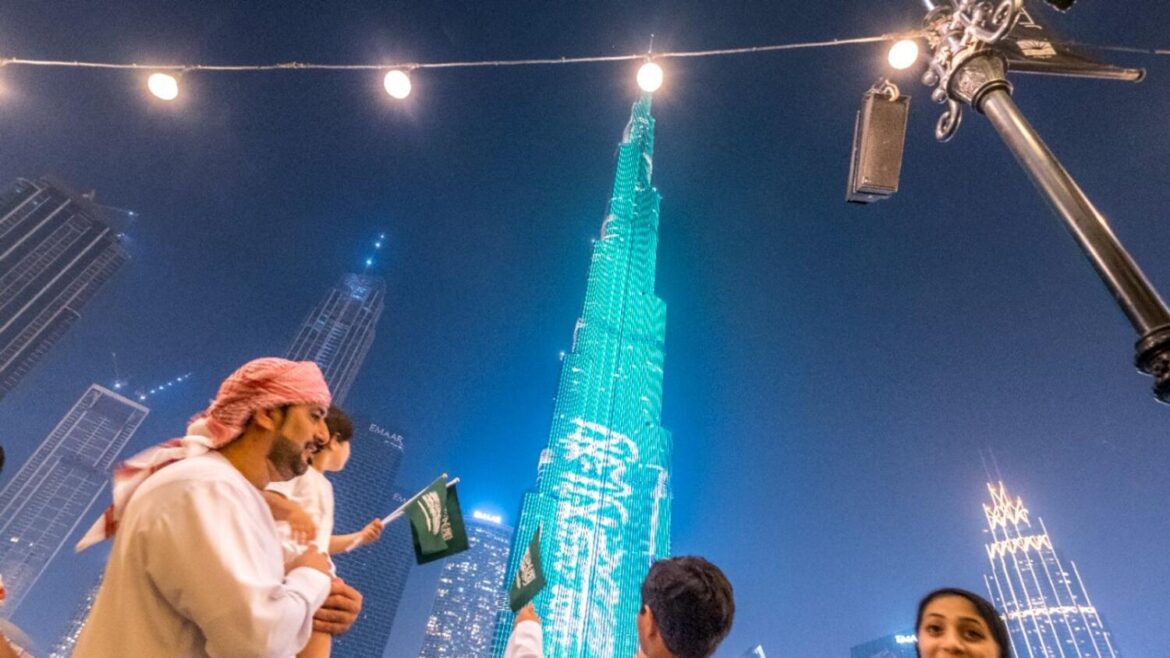 The night skies in UAE lit up in Saudi Arabia’s colours in celebration of the country’s National Day on Friday.

Major UAE landmarks, including Burj Khalifa, Yas Bay Waterfront, and the Beach JBR, lit up in green and white colours, and UAE residents were treated to grand fireworks shows and retail festivals.

The world’s tallest building Burj Khalifa marked the occasion with a spectacular LED show to commemorate the event. The LED show, which began at 7.15 pm, went on until 10.45 pm, every 30 minutes.

Celebrated annually on September 23, this is the kingdom’s 92nd National Day, with this year’s slogan being ‘it is our home’. 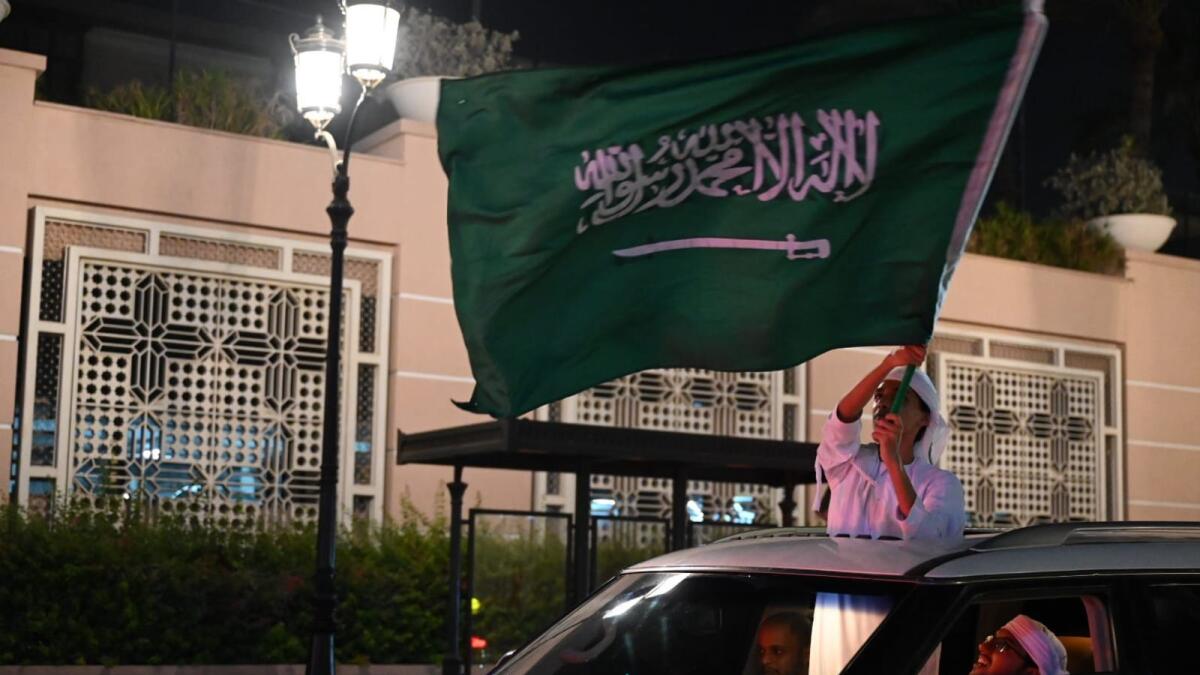 Fireworks were organised as part of the commemoration and it was visible from Yas Bay Waterfront.

Al Ain Zoo organised various events and activities as part of the celebrations, including a 50 per cent discount on Al Ain Safari trips and free entry for two days on September 23 and 24. 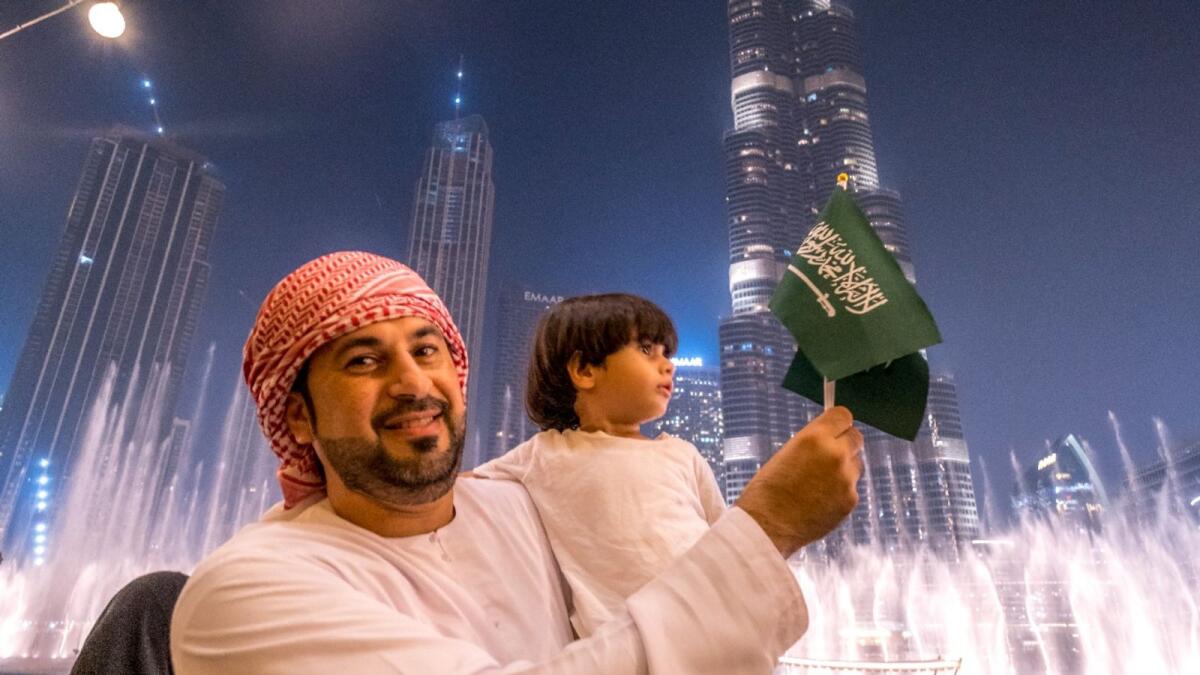 Ghanim Mubarak Al Hajeri, director-general of the Zoo and Aquarium Public Institution in Al Ain, “The offers and various events that Al Ain Zoo provides to visitors on this joyous occasion represent a gift to a significant segment of the Zoo’s audience, both our visitors and followers online.” Dubai residents have two weeks to register all cohabitants in apartments