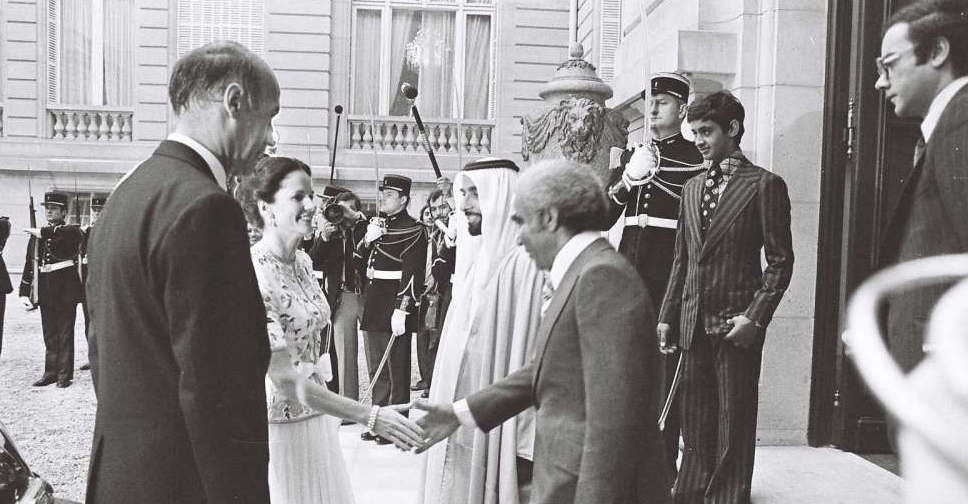 UAE President His Highness Sheikh Mohamed Bin Zayed Al Nayhan shared a rare photo of his 1975 visit to Paris along with his father Sheikh Zayed during his recent trip to France.

In a heartwarming video shared online by Zaki Nusseibeh, the cultural adviser to the UAE President, Sheikh Mohamed is seen showing French leader Emmanuel Macron a photograph of the founding father Sheikh Zayed’s first presidential visit to France in 1975.

A young Sheikh Mohamed and Zaki Nusseibeh can be seen standing just behind Sheikh Zayed as he greeted French president at the time, Valery Giscard d’Estaing.

Sheikh Mohamed, who was 14 at the time of the visit, looks dapper in a suit.