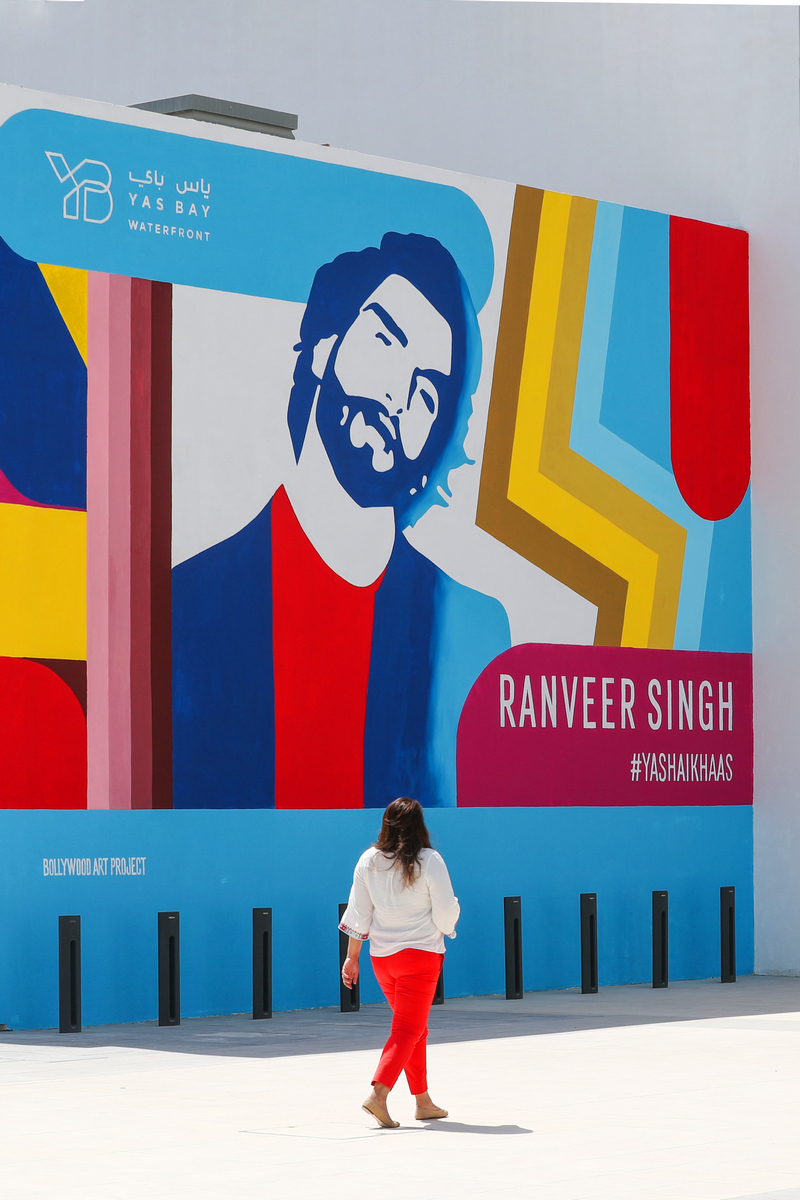 To celebrate the 2022 International Indian Film Academy Awards (IIFA) taking place from 3-4 June 2022 at the Etihad Arena, Yas Bay Waterfront, Yas Island, Yas Island Abu Dhabi created A colorful and magnificent mural. The world’s leading leisure and entertainment destination, celebrates its partnership with Bollywood and brand ambassador, superstar Ranveer Singh, and counts down the awards for the first time at the destination.

This mural embodies everything IIFA stands for, and its bold and eye-catching nature makes it the perfect visual to build buzz and anticipation before the event. The mural also created a lasting legacy for the awards, a nod to Yas Island’s longstanding relationship with Ranveer Singh, one of Bollywood’s most breakout stars , who is also an ambassador for Yas Island, and acknowledges the destination’s appeal to Indian tourists and its global reach.

Earlier this year, Yas Island launched what is now widely known as the Yas Sea Kas campaign with Ranveer Singh, which garnered extraordinary engagement on social media, garnering over 70 million followers on Yas Island’s social channels. pageviews and accounted for 80% of all site visits in 2019. The first 10 days of the video’s release.

International Indian Film Academy Awards to be held on 4thth The Etihad Arena on Yas Island in June 2022.