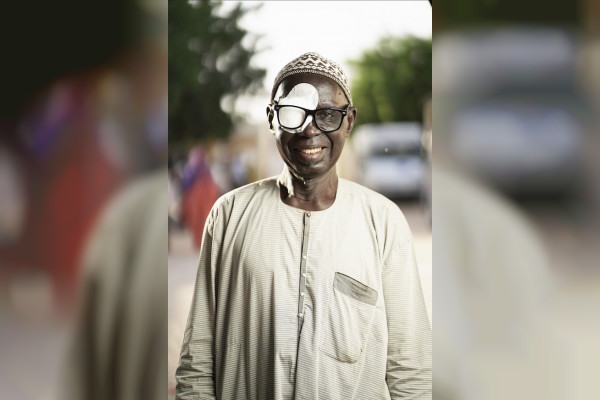 This was reported during the Mohammed bin Rashid Al Maktoum Global Initiatives Foundation annual meeting, in which an inspiring patient story was shared also documenting Noor Dubai’s journey since its launch in 2008.

Since its launch as an initiative by His Highness Sheikh Mohammed bin Rashid Al Maktoum in 2008, Noor Dubai has contributed to treating those in need in 22 countries around the world, supporting humanitarian efforts and the prosperity of communities. After the success of the initiative in its first year, H.H. launched Noor Dubai as a Foundation in 2010.

Despite the progress achieved by Noor Dubai and other institutions in this field, there is still a need to provide eye care services to those in need. According to the statistics published by World Health Organisation, 295 million people worldwide suffer from visual impairment, 80% of them can be treated or prevented from developing visual impairment and 90% of people with visual impairment reside in developing countries.

Despite the challenges faced by the world, especially the humanitarian sector, due to the spread of the Covid-19 pandemic globally, Noor Dubai was able to overcome all challenges within a year and exceed its targeted beneficiaries to reach 33 million beneficiaries in a short period of time.

Noor Dubai Foundation’s programmes focus on supporting the acceleration of the UN sustainable development goals No. 1, 3, 4, 5, 17 by developing programs and strategies for eye health in Africa and Asia that aim to empower the local community to control the disease, which will have a positive impact on the economic development of the countries where the treatment has taken place.

At a national level, the Foundation provides free eye screenings and consultations to the UAE community through the Mobile Eye Clinic program, which has benefited 30,050 patients since the launch of the program in 2014.

The clinic aims to deliver eye examinations to patients in their places in various regions of the country through the implementation of preventive campaigns.

The campaigns mostly focus on public transport drivers, community schools, and labour accommodations to ensure that eye examination services are accessible to all members of the community.

The Foundation also provides treatment to UAE residents who suffer from eye critical diseases through the UAE treatment programme, which has succeeded in providing treatment to 245 patients since its launch in 2016.

Globally, Noor Dubai Foundation organises Mobile Eye Camps in remote areas of Asia and Africa, where the absence of healthcare infrastructure and health resources in these remote areas in addition to the extreme poverty make it challenging for patients to access the services required. 319,280 patients have benefitted from the programme through diagnostic and treatment services.

Noor Dubai Foundation also continues its journey in combating neglected tropical diseases through the Trachoma Eradication Programme in Northern Ethiopia. The Foundation succeeded in the elimination of trachoma as a public health problem in 29 percent of the Amhara region and treated 18 million people.

Trachoma is a leading cause of blindness worldwide, with more than 1.9 million people suffering from visual impairment as a result of complications from trachoma. As a member of Neglected Tropical Disease NGO Network (NNN) and the International Coalition for Trachoma Control (ICTC), Noor Dubai Foundation is involved in policy making to combat neglected tropical diseases that affect one billion people around the world.

In line with its strategic direction for comprehensive, long-term programs, in 2019 Noor Dubai launched an eyecare program in the Katsina State of Nigeria, where all programme activities were integrated into the public health system including the development of local, human, material and infrastructure capacities and resources.

The programme aims to improve the quality of life and socio-economic status of the residents of Katsina State, and will contribute to reducing blindness and visual impairment in the state by at least 30 percent – 40 percent. To date, more than 24,000 patients have benefited from medical and diagnostic services and 7.5 million people have benefited from public health programs aimed to educate about diseases that lead to visual impairment.

In 2021, Noor Dubai launched a 5-year programme in partnership with the Fred Hollows Foundation, to reduce avoidable blindness through strengthening the eye healthcare system to deliver a more comprehensive and sustainable approach in addition to delivering gender equitable and disability inclusive eye care services in the Barishal division of Bangladesh.

The programme focuses on providing effective and affordable prevention, treatment and management of refractive error and diabetic retinopathy, the leading causes of blindness in Barishal.

This programme is expected to benefit 25,000 children, 50,000 adults, and raise awareness and educate nearly 4 million people in Barisal.