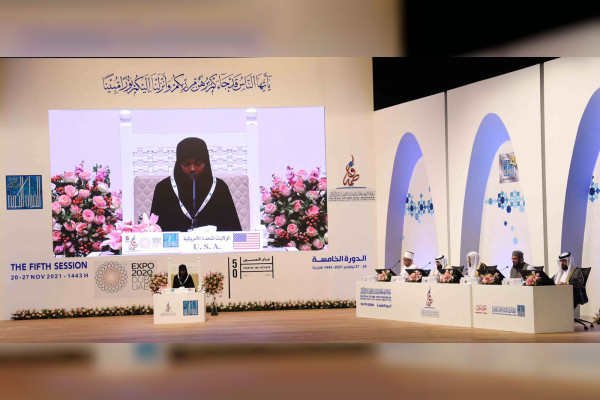 Ibrahim Mohammed Bu Melha, Adviser to the Ruler of Dubai for Cultural and Humanitarian Affairs and Head of the DIHQA organising committee, said the preparations for the event began early and 136 countries will participate.

The competition carries the name of H.H. Sheikha Fatima bint Mubarak, Chairwoman of the General Women’s Union, President of the Supreme Council for Motherhood and Childhood, and Supreme Chairwoman of the Family Development Foundation, the “Mother of the Nation”, who has a prominent international stature, he added.

He then lauded the significant support of the award’s patron, His Highness Sheikh Mohammed bin Rashid Al Maktoum, Vice President, Prime Minister and Ruler of Dubai, as well as his constant monitoring of its activities.

The award’s departments will draft executive plans to organise the event in the best possible manner, Bu Melha stressed, noting that it will start on 28th September with the arrival of participants and jury members, and primary assessments will begin on 30th September.

The competition’s activities will begin on 1st October and end on 5th October, 2022. The closing ceremony will take place on 7th October, 2022, he further added.

Bu Melha then explained the competition’s conditions, including requiring candidates to be aged 25 or under and have memorised the Holy Quran in full with intonations.