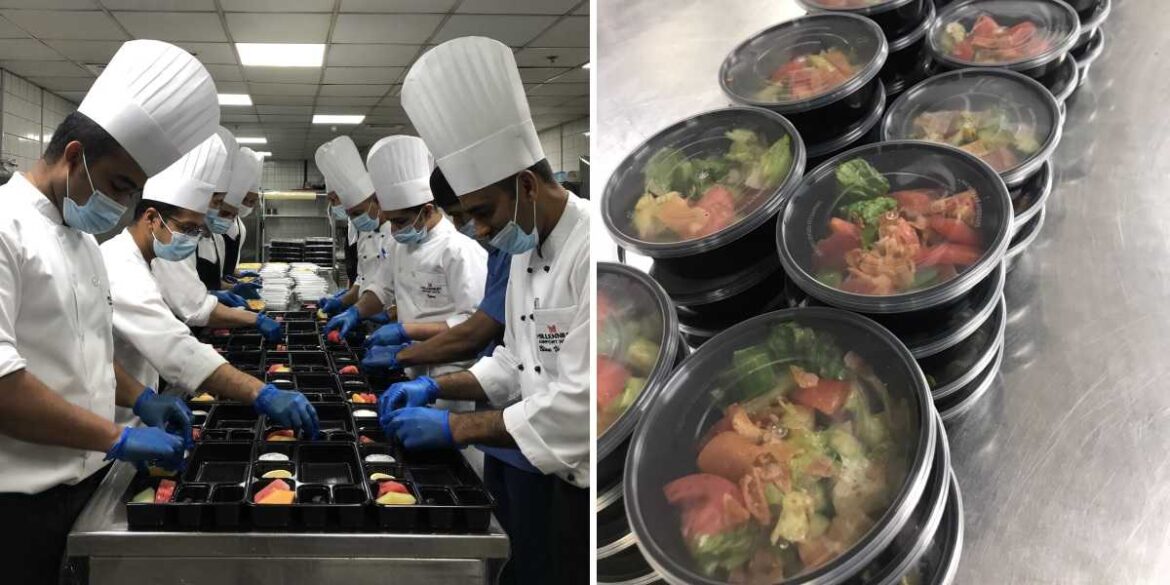 Dubai, United Arab Emirates (April 15, 2022) Millennium Hotels Resorts MEA, one of the fastest-growing regional hotel management companies in the Middle East Africa, has partnered with the UAE Food Bank, a non-profit charitable organisation to offer safe and fresh food to the beneficiaries in the UAE, during the holy month of Ramadan.

In line with the directives of His Highness Sheikh Mohammed bin Rashid Al Maktoum, Vice President, Prime Minister and Ruler of Dubai, the organisation aims to eliminate food waste and reuse most of the excess food from various entities by collecting, storing, and distributing it to those in need.

Hamid Sidine, Chief Operating Officer of Millennium Hotels and Resorts, Middle East and Africa, said: “Millennium Hotels and Resorts is committed to making a positive impact in the community and reinforcing a sense of compassion and responsibility to those less privileged. We are delighted to partner with the UAE Food Bank to raise awareness of this important initiative and contribute to reducing food wastage in the community”.

Millennium Hotels across the UAE will participate in the campaign by donating excess food and beverages from their Iftar buffets.

According to reports by the Food and Agriculture Organization of the United Nations (FAO), nearly one-third of the world’s food is wasted annually, equivalent to about 1.3 billion tons of food and approximately one trillion dollars. Millennium Hotels and Resorts MEA aims to influence the social perception and behaviour toward food waste and over-consumption through joining efforts and initiating partnerships with the public and private sectors to maximize the efficiency of food collection, storage, and distribution.

The UAE Food Bank is a non-profit charitable organisation committed to distributing food to the less fortunate while eliminating food waste by collaborating with local authorities and local and international charities to create a comprehensive ecosystem to efficiently store, package and distribute excess fresh food from hotels, restaurants, and supermarkets. It is the first Food Bank in the United Arab Emirates.