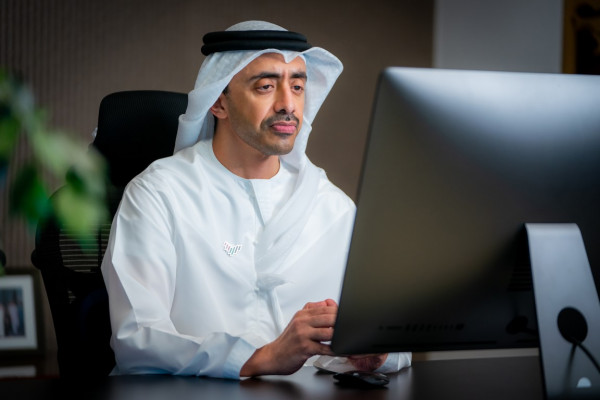 The UAE’s hosting of the 28th session of the Conference of the Parties (COP28) highlights its commitment to encouraging communication and cooperation with the international community and engaging with all relevant parties in climate action, he added.

He made this statement during the formation of the supreme national committee responsible for overseeing the preparations for COP28, which will occur in Abu Dhabi in 2023.

The committee, which held its first meeting via video conferencing, chaired by Sheikh Abdullah and attended by all its members, discussed organisational, administrative, and technical matters.

During the meeting, Sheikh Abdullah stressed that the UAE would closely cooperate with the United Kingdom, which chaired COP26, and Egypt, which will host COP27, to build on the current momentum and enhance efforts to host COP28.

“After the success in gathering the world at Expo 2020 Dubai, the UAE will leverage its outstanding track record in organising international events to ensure that COP28 is focused on finding practical and feasible solutions and the participation of all relevant parties including developing and developed countries, public and private sectors, scientists, civil society and experts in various sectors to achieve sustainable development for all,” he said.

The committee members include ministers and officials from various governmental entities to ensure that it works according to a comprehensive approach to coordinating the efforts of all national sectors.

COP 28 is scheduled to witness the first global assessment of progress in achieving the climate goals set under the Paris Climate Accords. Therefore, it is a focal point for promoting international cooperation to reduce emissions, encourage the adaptation of climate change measures, and secure sources of financing for fair, low-carbon economic development.