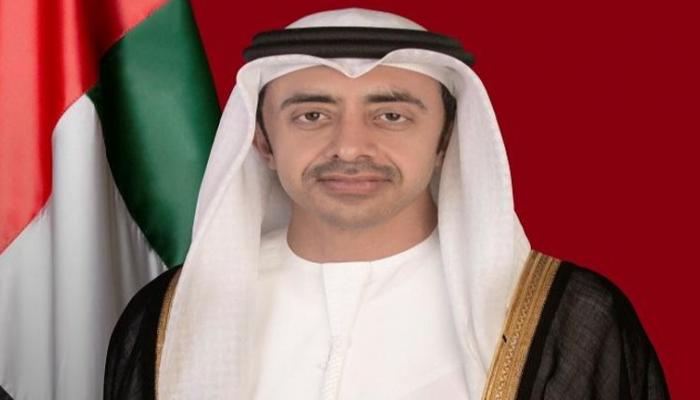 During the meeting, they discussed bilateral relations and ways to strengthen areas of joint cooperation between the two friendly countries. The two parties also discussed a number of regional and international issues of common interest.

Sheikh Abdullah bin Zayed Al Nahyan stressed that the United Arab Emirates, under the leadership of Sheikh Mohamed bin Zayed Al Nahyan, President of the country, is committed to promoting international efforts and working with its partners around the world to promote sustainable development in a way of achieving global stability and prosperity, and praises Joko Widodos, President of the Vision of the Republic of Indonesia, as It embodies the common will in the strategic relations between the two friendly countries.

He explained that Sheikh Mohamed bin Zayed Al Nahyan appreciates the visit of President Joko Widodo of the Republic of Indonesia to the United Arab Emirates in the framework of the two countries’ cooperation in the spirit of constructive cooperation to stimulate comprehensive development and provide opportunities for growth and prosperity of the two kind people.

He added that the two countries are linked to well-established strategic relations, which testify to continuous development in different areas with the support and care of the managements of the two friendly countries, culminating recently in the signing of the Comprehensive Economic Partnership Agreement in Abu Dhabi. , which ushers in a new phase of prosperity and development.

The two sides referred to the comprehensive Economic Partnership Agreement between the two countries, which comes within a common vision to expand economic opportunities, support recovery from the “Covid-19” pandemic and announce a new phase of strategic cooperation, in addition to upgrading bilateral relations in different areas to new heights.

The two countries continue to work closely together on a wide range of strategic projects, and the United Arab Emirates has pledged $ 10 billion to the Indonesian investment authority, in addition to accelerating the pace of investment projects in common priority sectors such as agriculture. , energy, infrastructure and logistics, in parallel with promoting future cooperation in the areas of tourism, entrepreneurship and healthcare.

Dubai Police geared up to deliver a safe Eid holiday