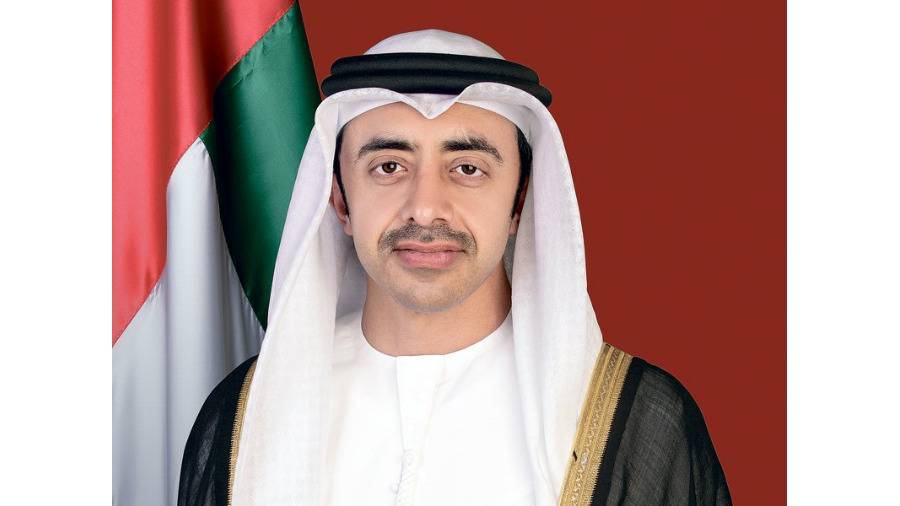 Abu Dhabi – WAM
His Highness Sheikh Abdullah bin Zayed Al Nahyan, Minister of Foreign Affairs and International Cooperation, Chairman of the Council for Education and Human Resources, directed all educational institutions in the country, including state and private, at all levels, from early education to higher education, to intensify efforts to strengthen the national identity, Emirati culture and values ​​The positivity and the Arabic language among students and ensure its integration with curricula, educational programs, teaching methods, activities, events and initiatives undertaken by the institutions, emphasizing that the national identity, Emirati culture and the Arabic language, preserving and promoting it is among the top priorities of the leadership of the UAE.
His Highness said the country’s national history is full of achievements, experiences and success stories that can enrich students’ knowledge, provide them with lessons, positive values, skills and wisdom in decision-making, to be leaders of the future and effective elements of Emirati society.
His Highness pointed out the importance of benefiting from the experience and expertise of prominent national figures who have knowledge of the UAE’s history, knowledge of Emirati identity, culture, customs, traditions and positive values, highlighting their role in preparing a generation. who carry the flag, stick to the identity and help shape the nation’s future.
He emphasized the role played by all members of society, educators and media professionals in confronting ideas that seek to destroy the family unit, promote practices that are outside the community’s approach, lead to the deterioration of its interdependence and distort the emergence of new generations. .
This occurred during a meeting of the Education and Human Resources Council held via remote visual communication technology, where Noura bint Mohammed Al Kaabi, Minister of Culture and Youth, reviewed the National Framework for Emirati Cultural Activities in Schools, which includes a set of school policies and standards for Emirati cultural activities that integrate with academic curricula. .
The framework aims to develop, maintain and strengthen Emirati national identity, cultural values ​​and positive attributes among students through a range of activities, competitions, events, trips and workshops that students will participate in and outside of school hours, and which are organized in coordination with all relevant authorities.
Noura bint Mohammed Al Kaabi indicated that the framework targets various topics of Emirati heritage, including traditions, values, social activities, the Arabic language, local expressions, folk art and traditional sports, in addition to promoting knowledge and awareness of the country’s geography, Emirati art and literature, and some successful experiences in the country’s history.
She also reviewed, in her capacity as President of Zayed University, the progress in the implementation of the university’s strategic plan, including major achievements since the launch of the College of Interdisciplinary Studies last year; The programs offered by the college aim to provide students with broader opportunities in theoretical and applied sciences, providing them with academic knowledge and practical skills to enter the workforce.
She touched on the most prominent statistics and achievements of the college, including the successful experiences of students working on strategic programs with key partners from the public and private sectors during their studies, and reviewed the university’s ambitions and plans to expand the programs in the future, and the number of students enrolled at the college in the coming period.
For her part, Sarah bint Youssef Al Amiri, Minister of State for Public Education and Advanced Technology, Chairman of the Emirates School Education Foundation, reviewed the Foundation’s priorities during the next academic year and explained the priorities, programs and projects that will serve all partners in public education , including students, cadres, parents and society.
She also emphasized that raising awareness and knowledge of Emirati identity and culture among students is one of the institution’s main priorities; It is being worked on in coordination with all concerned authorities by designing classroom and extracurricular activities and programs for students throughout the academic year.