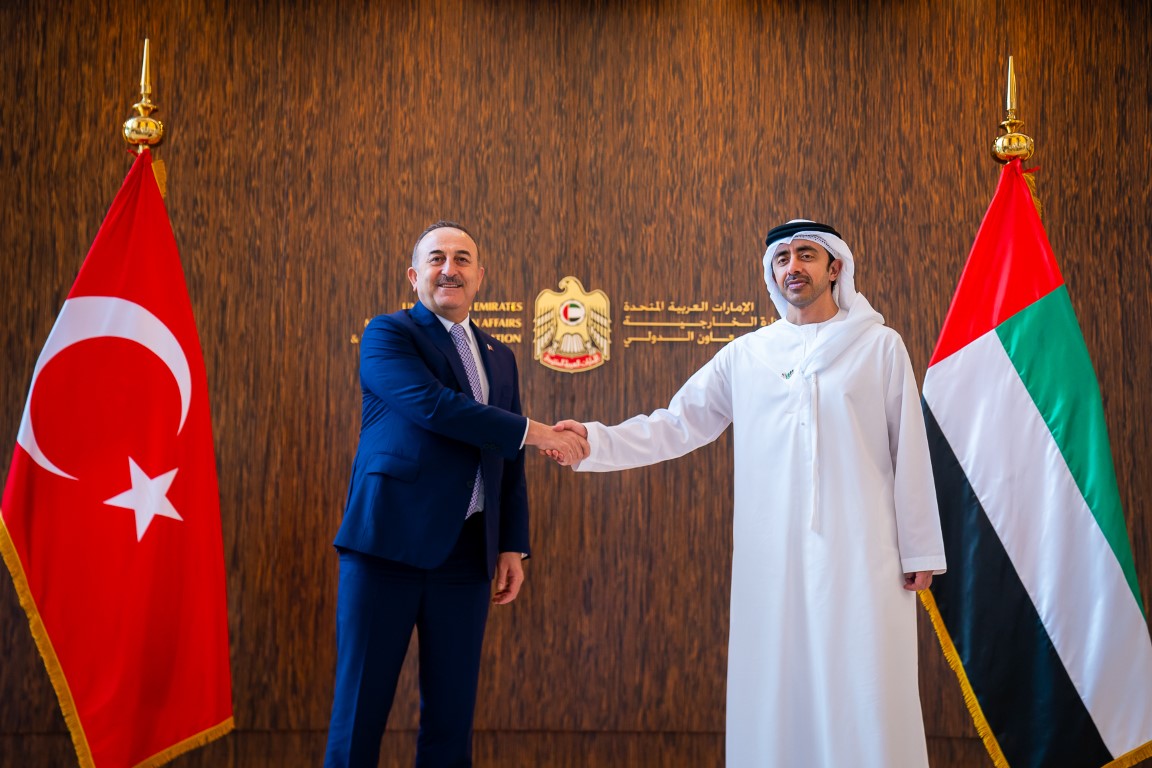 ABU DHABI, 21st March, 2022 (WAM) — H.H. Sheikh Abdullah bin Zayed Al Nahyan, Minister of Foreign Affairs and International Cooperation, and visiting Turkish Foreign Minister, Mevlut Cavusoglu, held a session of talks during a working lunch at the Emirates Palace today to discuss the progress of joint cooperation and ways of advancing it for the best interest of the two countries and their people.

The two sides reviewed the outcomes of the state visit recently paid by Turkish President, Recep Tayyip Erdogan, to the UAE and the announcement of cooperation agreements, Memoranda of Understanding and protocols between several entities in the UAE and their counterparts in Turkey to strengthen cooperation and expand partnerships between the two countries.

The ministers also exchanged views on the latest regional and international developments, including developments in the Ukrainian arena and the importance of stepping up efforts to reach a political solution to the crisis.

They also reviewed the participation of the Republic of Turkey in Expo 2020 Dubai and its role as an important platform for developing constructive partnerships between the participating countries, enhancing international cooperation and advancing development prospects in societies.

Sheikh Abdullah attended part of the 16th UAE Ambassadors and Representatives of Diplomatic Missions Forum, held today in Abu Dhabi. The Turkish foreign minister addressed the forum as a guest of honour, speaking about UAE-Turkey relations.