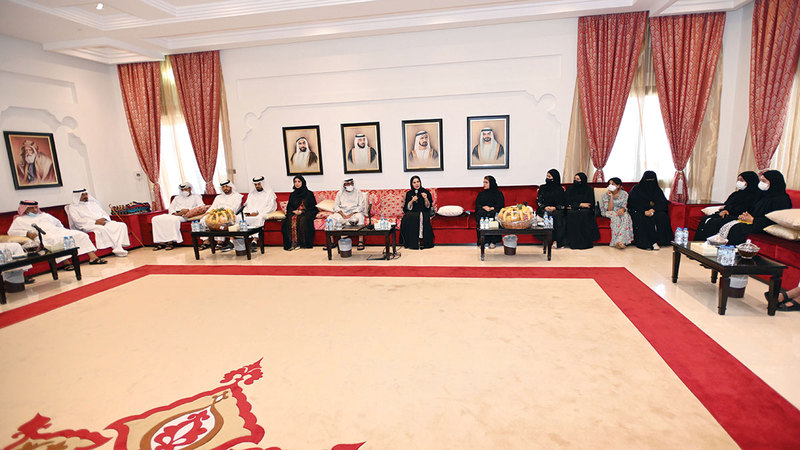 The Abu Dhabi Councils of the President’s Court, in collaboration with the Education Office of the Crown Prince’s Court, organized a discussion session entitled “Preparation for University”, which was held in Al Tawiya Majlis, coinciding with the start of the new academic year, and presented by the Director of the Student Services Department and associate professor at Rabdan Academy, Dr. Khadija Al-Hamid, in the presence of the Chairman of the Al-Tawiya Council, retired Lieutenant General Saeed Muhammad Khalaf Al-Rumaithi, and the people of the region.

The session is part of a series of sessions launched by Abu Dhabi Councils within five main themes: reading and dialogue, university preparation, financial awareness, health awareness, safety and social responsibility, reflecting the councils’ role in raising awareness among parents of their role in helping their children in different areas, life matters and discuss them to build their future, in addition to encouraging community participation and strengthening social cohesion.

Al-Rumaithi said: “The Administration of the Councils of the Presidential Court completes its programs by organizing this session, which discusses the university’s preparation for the two categories of new and continuing students in the university, by motivating them to develop academic achievements, by address and highlight some of the obstacles that the student will face in his future university life.”

Khadija Al-Hamid explained: “These sessions come with the imminent start of the new academic year for university students, and we will go through several axes, including: targeting the guardian, as well as the new and continuing student in the universities, with a focus on the new students whose quality is transferred between life at the high school and life at the new university.