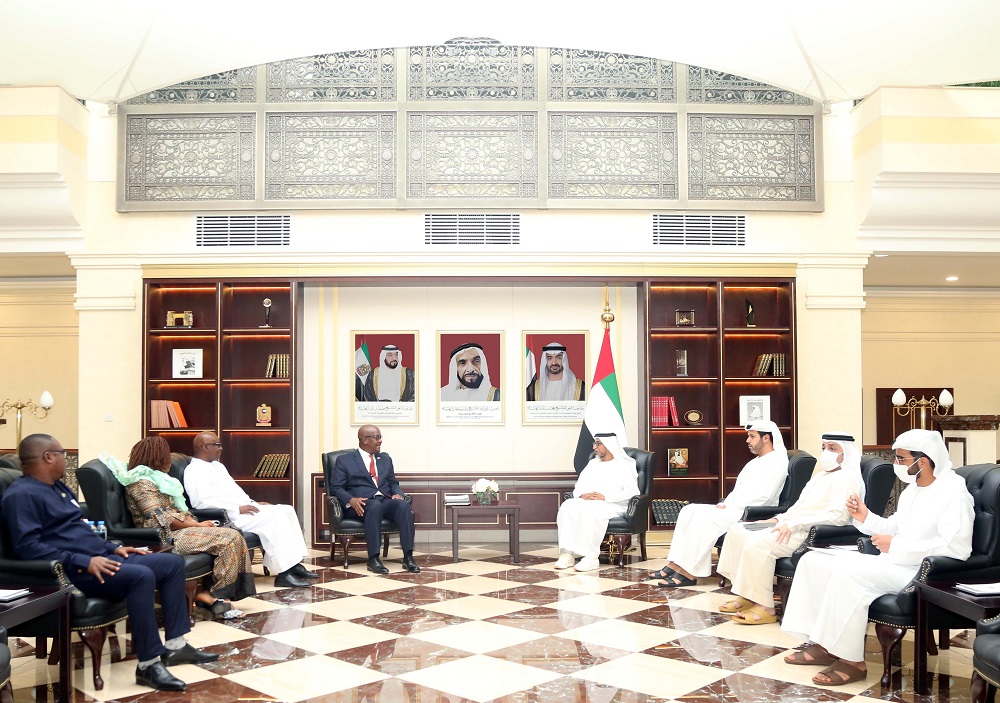 Present at the meeting were Rashid Sesay, Ambassador of the Republic of Sierra Leone to the UAE, Khalifa Abdullah Al Qubaisi, Deputy Director General of ADFD, as well as officials from both sides.

During the meeting, which was held at the Fund’s headquarters, the two sides discussed opportunities to strengthen bilateral relations in the healthcare sector, and discussed priority development opportunities for Sierra Leone, to support the country’s economic and social growth.

Al-Suwaidi said, “Healthcare projects in developing countries are a key priority for ADFD. The sector plays a central role in improving the lives of communities and the achievement of national development goals. Fostering good health and wellbeing is the third goal of the Sustainable Development Goals which many stakeholders in the development community, including the UAE, are aligning with.”

Dr. Austin Demby praised the UAE for its support of the healthcare industry on a global level, particularly during the COVID-19 pandemic.

He also expressed his gratitude for the pivotal role played by ADFD in financing various projects in Sierra Leone which have contributed positively to the country’s sustainable economic development.

ADFD’s fiscal support to Sierra Leone includes a 2012 agreement to fund a AED20 million project to develop the Toki-Loumi Road, to connect the capital with the rest of the country, and a loan of AED33 million to establish a 6-megawatt solar power plant in Freetown.