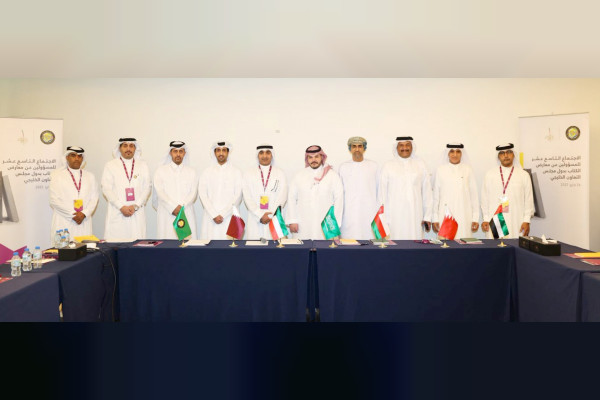 The 19th Meeting of Arab Book Fair Directors discussed issues regarding the development and advancement of these fairs, the enhancement of their role in supporting the publishing sector and its workers, as well as ways to promote their position as platforms to spread knowledge among various members of the community.

Representatives of the General Secretariat of the Gulf Cooperation Council (GCC) attended the meeting, along with directors and officials from book fairs.

Attendees discussed the challenges facing book fairs and how to turn them into promising opportunities, in addition to exploring the current state of affairs in the Arab publishing industry and the challenges publishers face. Several additional issues also were on the table, including the role that book fairs play in spreading culture and civilised communication, as well as the impact they have in promoting books and other content to readers.

ADIBF will be heading the Meeting of Arab Book Fair Directors as the presidency of the meeting is transferred from Saudi Arabia to the UAE. For the upcoming year, ADIBF will supervise and coordinate with the General-Secretariat to track progress made on development plans, in addition to working to advance and promote Arab book fairs.

Saeed Hamdan Al Tunaiji, Acting Executive Director of the ALC and Director of ADIBF, said, “Through innovation and collaboration between the organisers of Arab books fairs, we have effectively supported the region’s publishing industry its growth. We have great faith in these fairs and the pivotal role they play in the development of communities. Arab book fairs will undoubtedly play a constructive role in enriching the cultural movement in general. We look forward to the meeting’s recommendations, which aim to bring all efforts to enable book fairs to continue to enlighten Arab minds, promote awareness and advance thought.”

Saad Al Zughaibi, Director of the Department of Culture, Tourism and Antiquities in the General-Secretariat of the GCC, welcomed the UAE’s efforts – represented by the ADIBF management – to organise and host the 19th Meeting of Arab Book Fair Directors.

“These annual meetings are in compliance with the decisions of Their Highnesses and Excellencies, the Ministers of Culture in the GCC region, to promote further collaboration in the cultural sector in the region. A wide range of topics was addressed during this meeting in order to enhance the level of organisation in GCC book fairs; pitch and coordinate new accompanying cultural events; discuss topics that support book fairs; and raise recommendations to the Committee of Ministers of Culture, which promotes joint action and advances the cultural movement,” he added.

The 19th Meeting of Arab Book Fair Directors also reviewed the progress made towards implementing the recommendations of the 18th meeting, in addition to exploring several topics proposed by member states, including the tentative dates for book fairs in GCC countries from 2026 to 2030, as well as the activities accompanying these events. Attendees also discussed the Gulf Cultural Strategy 2020-2030 and the requirements of the next meeting.