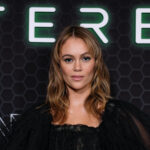 The production is expected to start this month in the Canary Islands. It is helmed by award-winning British writer and director Stuart Gatt, who will produce the feature alongside filmmakers Mark David, Jon Katz and Edward R. Pressman.Main category: LifestyleEntertainmentArt & Culture