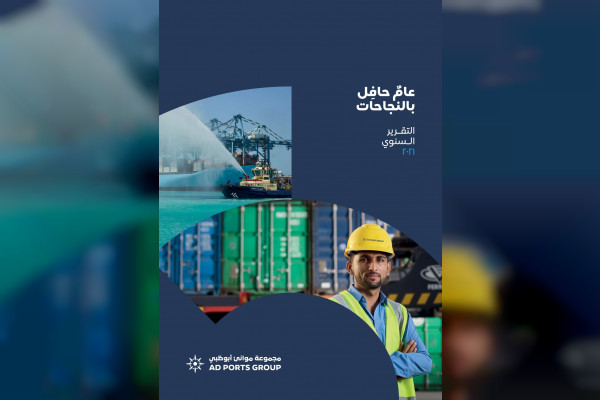 As the first annual report since AD Ports Group became listed on the ADX in February 2022, it highlights a truly remarkable year for the company, which saw AD Ports Group achieve strong revenue and net profit growth, emerging as a major distributor of COVID-19 vaccines in the UAE and a supplier to more than 60 countries worldwide.

As a strategic gateway to Abu Dhabi, AD Ports Group generated 21 percent of all non-oil related GDP in the Emirate, according to Oxford Economics, and the company empowered more than 212,000 jobs in the UAE.

Captain Mohamed Juma Al Shamisi, Managing Director and Group CEO of AD Ports Group, said, “2021 was a transformative year for AD Ports Group, as we delivered robust financial results and strengthened our position as the global financial community’s ‘port of entry’ to invest in the Gulf’s fastest-growing economy.”

The annual report details some of the major agreements signed in 2021 that have extended AD Ports Group’s global reach, including its 35-year concession agreement with the CMA CGM group for a new AED 570 million terminal at Khalifa Port, which will position it as a global hub for three of the world’s four mainline shipping companies.

The year also saw the signing of several strategic agreements between AD Ports Group and the Aqaba Development Corporation, who are now working closely together to drive the development of tourism, logistics, transport, and digital infrastructure within the Jordanian port city.

Other key achievements included a joint venture with China’s Shandong Ports Group to build a 150,000 square metres tyre storage and distribution city at KIZAD; an agreement with Australia’s Lepidico’s to build a new facility for lithium batteries at KIZAD that will drive electric car production in the GCC; and a contract with Helios Industry to develop an AED 3.67 billion hydrogen production facility to make green ammonia using an 800 megawatts solar plant.

Key financial highlights of the year included AD Ports Group’s successful inaugural US$ 1 billion issuance of 10-year bonds, which were listed on the ADX and London Stock Exchange (LSE), as well as preparation for its successful February 2022 ADX equity listing, which raised AED 4 billion for organic growth and acquisitions.