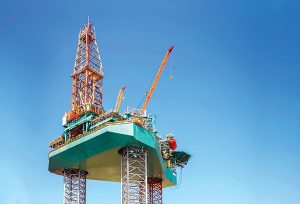 Adnoc Drilling Company (Adnoc Drilling) on Wednesday announced it has signed a sale and purchase agreement (SPA) to acquire an additional premium offshore jack-up drilling unit (rig) for $70 million.
The cost of the acquisition is part of the company’s three-year guidance on capital expenditure and strategic plans to expand its existing business.
The sale and purchase agreement is the third signed by the company in recent months, with an agreement for two premium drilling units signed on May 30, and another for one premium drilling unit signed on June 10.
All four premium offshore drilling units are expected to join the company’s fleet by year-end, bringing Adnoc Drilling’s total offshore jack-up fleet to 28 operational units, one of the largest operating fleets in the world. The acquisition further cements Adnoc Drilling’s position as the largest owner and operator of rigs in the Middle East.
Adnoc Drilling’s amplified rig acquisition program is central to its strategic plan to substantially grow its business, significantly enhancing company revenues and shareholder returns over the coming years.
Abdulrahman Abdullah Al Seiari, Chief Executive Officer of Adnoc Drilling, commented, “The acquisition of this additional premium drilling unit is central to our bold growth strategy and the rig will support us in delivering on our commitments to shareholders.
“Over the past 50 years, Adnoc Drilling has grown in size, stature and capability. Our position today, as owner and operator of one of the largest offshore jack-up fleets in the world is testament to the expertise of our people and the visionary leadership of the UAE,” Al Seiari added.
Following its initial public offering in October 2021, Adnoc Drilling has demonstrated strong and resilient growth. In the first half of 2022 the company delivered revenue of $1.27 billion, a 13% increase year-on-year, with $379 million in net income – a 34% increase.