Copyright 2021 - All Right Reserved
Home News Adoption of the rules for “deferred re-examination” for students in grades 4-12.
News

Adoption of the rules for “deferred re-examination” for students in grades 4-12. 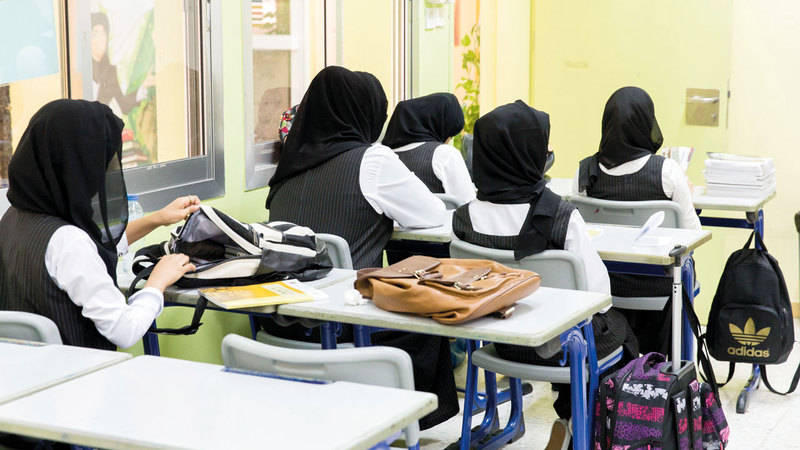 Dubai: Mohamed Ibrahim
The Emirates Foundation for School Education has announced the mechanisms for implementing “deferred” examinations for students in grades 4 to 12, in public and private schools implementing the ministerial curriculum for the academic year 2021-2022.
And the foundation stated, through the scheduling of the “deferred retake” exams that Al-Khaleej went through, that the tests target students in grades 4-12 who were absent with an acceptable excuse or who had a technical defect in the compensatory examinations of the third semester in the subjects of Group A, which include ” Arabic, English, mathematics, physics, chemistry, biology and social science. It is scheduled to start on August 29 and continue until September 2 for students in the twelfth , eleventh and tenth grade, in its various tracks, as well as ninth advanced and elite; The exams for the rest of the grades end on the 1st of the same month.
Within the examination regulations, the foundation stated that the student achieves the minimum result if his or her grade is higher than the minimum result for the subject, and it is planned that students in grades 5-11 will take the exam in presence “electronically” in schools while it is being conducted on paper by grade students Fourth, realistic attendance at school.
She stated that 12th grade students in private schools apply to the state examination boards, and students must bring their own computers during the exam, as well as stick to school uniforms. Explains that the total duration of an exam is two hours. The question sections are not limited to time limits and the students are allowed to go back to review their answers and the student is allowed to leave the exam hall after the mid-term (one hour). She emphasized that there is no alternative exam to the “delayed retake” test.
She explained that the “deferred repetition” course for grades four through twelve includes the lessons from the third semester. She confirmed that all the data required to solve the questions on the chemistry exams, for the advanced track, the general track and the science exam in the applied track, are available without the need to request the periodic table of the elements and series of chemical activity. She explained that the management of the school is responsible for organizing the school day, to ensure that the examinations are conducted smoothly and smoothly.
She emphasized the need for the students in the 1st and 2nd stages to be able to use the calculator during the exam, provided that it is prohibited in the rest of the classes.
At a time when the foundation approved the “deferred repetition” examination plans for the current year 2021-2022, which will be held in two stages, targeting students in grades 4-12 in public and private schools that use the ministerial curriculum, which the twelfth students start it with its general and advanced tracks, Monday, August 29, with a subject Physics (first session 8:30-10:30) and Social Studies (second session 11-1).
They sit the Arabic Language and Islamic Education exams on Tuesday 30 August respectively, then Maths on Wednesday 31 followed by English and Health Science respectively on Thursday 1 September and they finish the exams on Friday September. 2, with chemistry or biology for the general track, and only chemistry for the advanced track.
The twelfth student on the elite track is scheduled to start the “delayed repeat” exams on Monday, August 29 in physics (first session from 8:30-10:30), social studies (second session 11-1), Arabic language and Islamic classes respectively on Tuesday 30th September, followed by Maths on Wednesday 31st, then English and Chemistry respectively on Thursday 1st September and they finish with Biology on 2nd September.