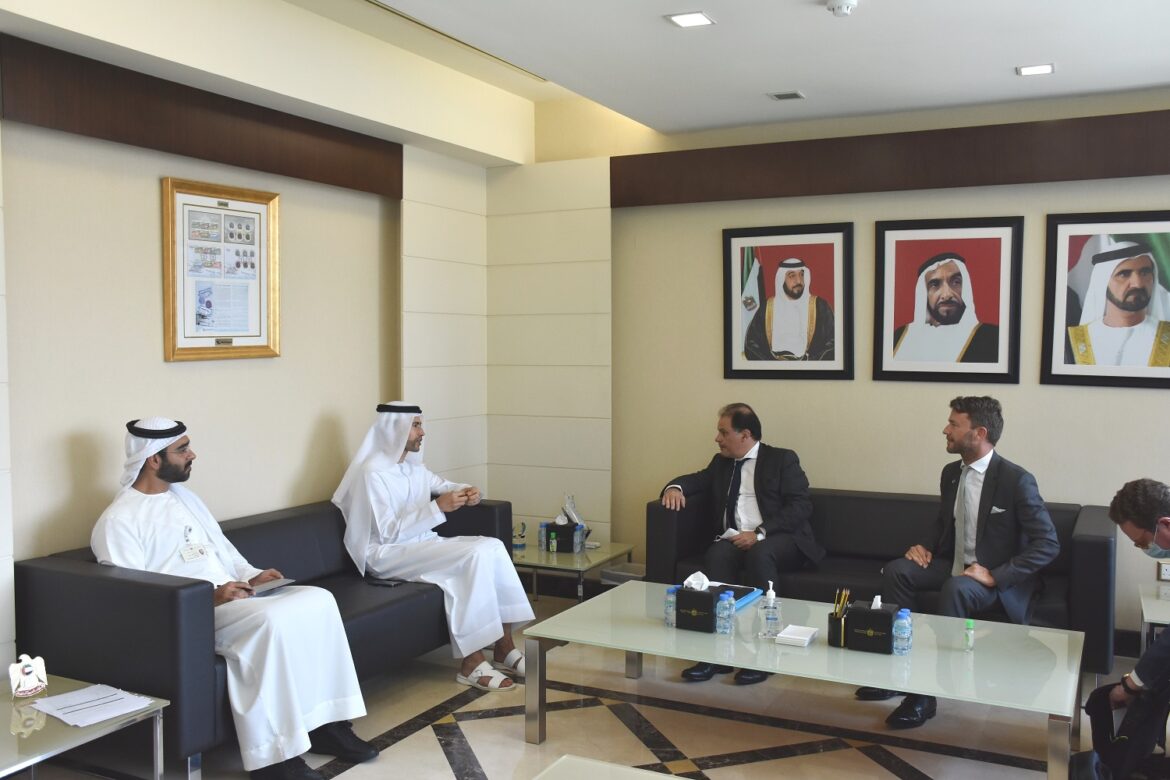 ABU DHABI, 2nd June, 2022 (WAM) — Mohamed Hadi Al Hussaini, Minister of State for Financial Affairs, yesterday met at the ministry’s headquarters in Abu Dhabi with Emmanuel Moulin, Director-General of the Treasury at the French Ministry of Economy, Finance and Recovery.

The meeting comes within the ministry’s endeavours to strengthen the UAE’s relations with various countries of the world, and sought to discuss means of bolstering cooperation and strategic relations between the UAE and France.

Al Hussaini noted that this meeting serves as an opportunity to bolster dialogue and coordination with the French Republic in various areas of common interest. It also allows both parties to explore economic and investment opportunities in the two countries, thereby creating new areas of cooperation in the future. “The Ministry of Finance is keen to continue strengthening areas of financial and economic cooperation with France, especially as it is one of the most important strategic partners to the UAE,” he explained.

The meeting was attended by Ali Sharafi, Assistant Under-Secretary of the International Financial Relationship Sector at the Ministry of Finance, and Xavier Chatel, Ambassador of France to the UAE.

DMCC hosts Made for Trade Live Roadshow in Poland