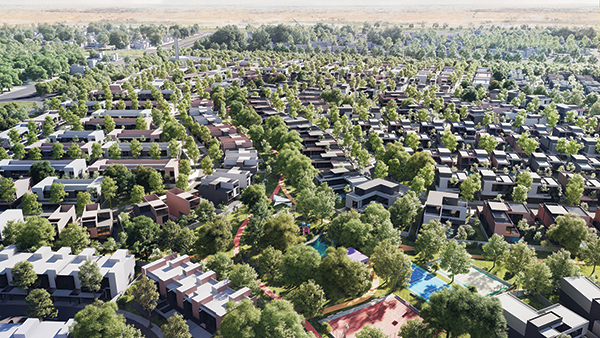 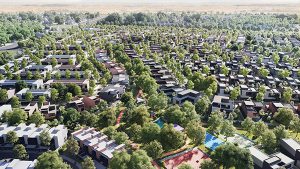 Arada has announced the award of two contracts together valued at AED118 million at Masaar, the AED8 billion forested megaproject located in the Suyoh district of Sharjah.
Both contracts will develop the infrastructure and landscape for two areas of Masaar; the central precinct around the Masaar Experience Centre, which will host several visitor attractions, and the buffer zone that runs around the edge of the community, featuring sports facilities set in a woodland area.
The AED75 million contract for infrastructure works at the central precinct, and the buffer zone in Masaar was awarded to Al Marwan General Contracting Company, a Sharjah-based contractor that has worked with Arada on previous projects.
The AED43 million contract for landscape works at the same areas in Masaar was won by Al Qalamoon Garden Designers, also based in Sharjah.